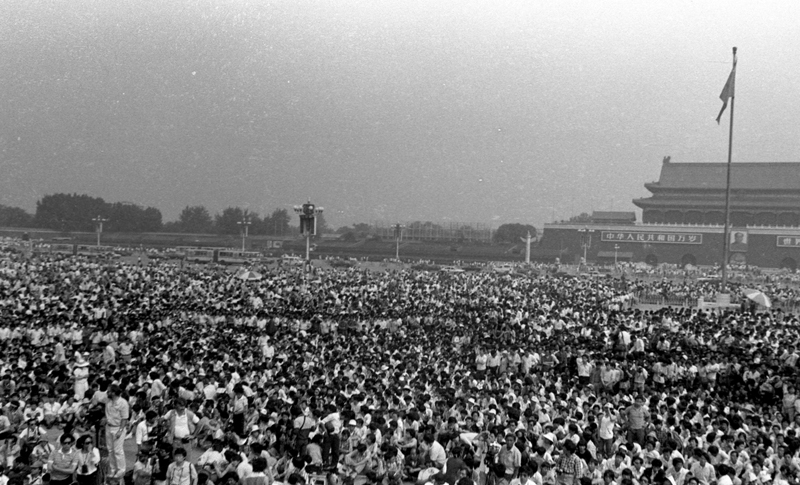 Make no mistake! Our aim is not to recite the history of today’s events in Iran and those days in Tiananmen Square in 1989.

In recent days, many analysts spoke about the consequences of the November nationwide protests in Iran. What was the Islamic Republic’s purpose to increase gasoline and what did it earn? Is the result of the bloodshed, more intimidation in society or collapse of the regime?

The consequences of the Iran protests is not just for a short period but will leave serious effects on the Islamic Republic. But one must also understand the nature of the ruling system and its repressive apparatus.

Where does the regime’s repressive force get its support?

José Ortega y Gasset, a Spanish philosopher in the first half of the twentieth century was aware of the danger of the emergence of a populist and expressed concern. He explained the populist as someone that has no doubt in himself, his life continues without aim and is captive of everyday life. Someone who is controlled by the media empires.

No doubt, the propaganda system, and the press and cultural institutions of the Islamic Republic favor and support such a class of people.

History has shown that criminals and formless people are being misused by rulers as an instrument to control and suppress dissidents’ thoughts.

A segment of society that is in service of the ruling system is mostly the weakest and poorest that does not see any role in society and in return for wages or military clothes or military rank is ready to do anything. They turn into much tougher mercenaries than their commanders.

We must not ignore the financial or the poverty aspects. When an oil relying economy such as the Islamic Republic systematizes corruption, the result is the growth of such a segment in society in profit of the regime.

In his diary, the Soviet Union Foreign Minister has said that in his trip to Tehran, I asked the leaders of Iran your political and economic behaver is different than us, so how do you rule your country? The Iranian leaders answered: “This country is ruled by Imam Zaman” (the 12th Shiite Imam). Former SU foreign minister said: “truly Imam Zaman is not someone coming from the heaven. What Iranian leaders mean is the oil that is boiling in their country. Something that made Iranians needless of any economic and political accountability and planning and interaction with the world”.

Now, this oil is has become a scourge for the regime. We see that in the budget shortage and exchange rate hike and gasoline price hike.

As long as Khamenei’s religious representatives and the Revolutionary Guards own the oil, other actions to establish justice and remove discrimination are useless. This is the direct effect of the sanctions on a regime that pressured the regime and prepared the ground for November 2019 nationwide protests. That is why an economy based on the export of oil and run by religious fascism will certainly face deterioration and fall. Iranian people’s dissatisfaction on the one hand and the regime’s inefficiency, on the other hand, will break down the corrupt structure of the regime.

Because the people are the only driving force of power, development, and legitimacy for a government, denying people and oppression and denying their basic rights will certainly lead to reactions and anger such as was in China’s Tiananmen Square in 1989.

The Chinese people’s protests led by student leaders continued from April 15, 1989, until June 4, 1989. More than a hundred thousand people participated in these protests. Hundreds to thousands were killed, thousands were wounded inside and outside Tiananmen Square. The Chinese Red Cross had given a figure of 2,600 deaths and the ambassador of Switzerland estimated 2700 deaths. But British documents that were declassified on December 24, 2017, show that Great Britain has estimated that at least ten thousand people were killed in summer 1989 in China’s Tiananmen Square.

Repressive measures by the Chinese government and the bloody suppression of the November protests in the Islamic Republic clearly show that authoritarian regimes have no concern about the basic needs of their people.

When they answer people’s protests with bullets, it turns the balance of the society in favor of the opposition to the regime.

Efforts to change the “real structure of power” is the first aim of the overthrowing forces, including the People’s Mojahedin Organization of Iran (PMOI/MEK) Resistance Units that chant on the streets. Overthrowing the regime is something that will create a capacity to accept democratic change and political development inside Iran.