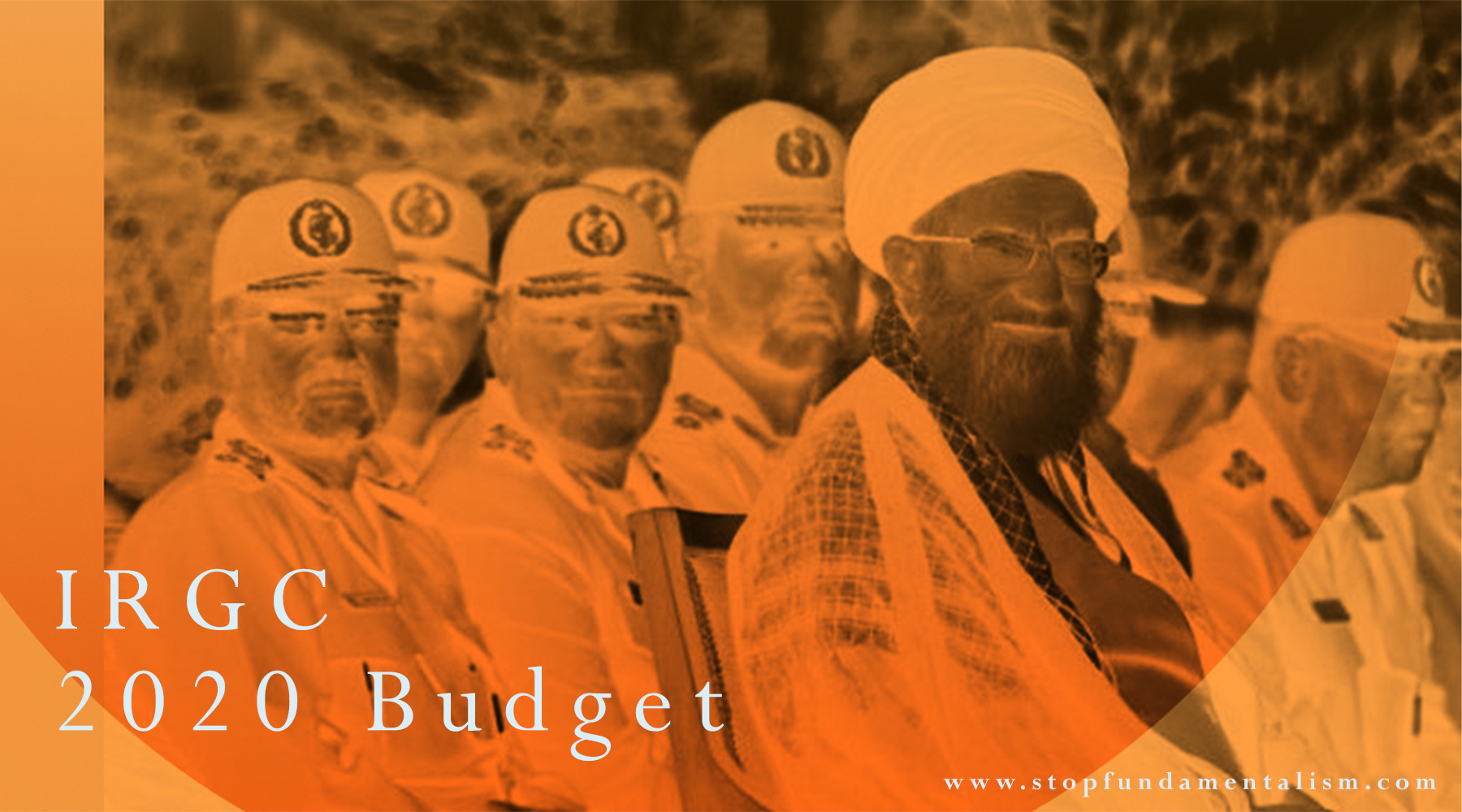 The analysis of the budget of the Islamic Republic has several dimensions. The technical details calculated in the 2020 budget leaves no doubt that the Islamic Republic will face a budget deficit. The Rouhani government, however, has tried to cover this deficit with tax and fuel price hikes. Institutions affiliated with Iranian supreme leader Ali Khamenei and the IRGC pay less than 1 percent of the country’s total tax, despite a 10 percent share of Iran’s economy.

However, one cannot ignore the fact that a significant portion of the 2020 budget will be spent on domestic suppression and exporting terrorism, as well as the bases of IRGC inside Iran and abroad.

Speaking to the regime’s parliament a few days ago, regime president Hassan Rouhani called the 2020 budget bill “the endurance and counter-sanctions budget,” and looking at the proposed figures for the military and security sectors, it is clear that the regime is expecting a tough year.

Some financial analysts have recently pointed out that while army chiefs complain of the worn-out infrastructure and poor livelihoods of their men, and 2 billion euro of the development fund resources or in other words the country’s national wealth is dedicated to the military budget. However, Rouhani has also spoken of a $5 billion loan from Russia, and the regime is expected to receive Russian help to fill the vacuum.

Another key point is that the budget of the IRGC Joint Chiefs of Staff is higher than that of the Army, something that is likely to create a lot of strife in the future.

Hossein Dalirian, a security journalist and former editor of the Tasnim News Agency affiliated to the IRGC, has tangibly shown increased funding for military and security agencies.

The statistics that the Dalirian has indicated show that compared to last year the Islamic Republic in the defense and security field has essentially allocated a large budget for the coming year.

The IRGC, with the increased 2020 budget, will certainly consider building new bases in Iraq and Syria, as well as developing missile and drone systems. The donations to the Houthis in Yemen, Hashd al-Sha’abi in Iraq, as well as Hezbollah in Lebanon, are among the most important tasks of the IRGC that they cannot ignore.

Recently released satellite images show the IRGC is digging tunnels at the Imam Ali base in Syria to transport weapons and force.

A report by Fox News clearly points out that tunnels have been excavated at the Imam Ali base in Syria and near the Iraqi border and weapons will be stockpiled in these tunnels.

The report adds that tunnels have been under construction since a year ago and constitute a key element of the Iran-Syria-Iraq communication network. The tunnels are 130 meters long and their width is enough for a car to pass through.

There is growing concern about the provocative actions of the IRGC throughout the region, and if the regime would not be countered, religious fundamentalism will grow in the region.

On Tuesday, Brian Hook, the US Special Representative for Iran said at a meeting of the Foundation for the Defense of Democracies regarding Iran Protests that “After the defeat of ISIS, the Islamic Republic is becoming the biggest cause of instability in the Middle East.”

Hook also said in his remarks that the “Maximum Pressure Campaign on Iran (MPCI) corresponds with what people of Iran demand.”

“The Iranian people want their government to focus on investing in their own people instead of their proxies. They are sick of the regime’s squandering of its own wealth on proxy warfare, which only leads to diplomatic isolation and economic pressure,” Hook said.

Brian Hook also argued that the economic pressure exerted by the U.S. serves the demands of the Iranian people for a major change in the policies of the Islamic Republic.