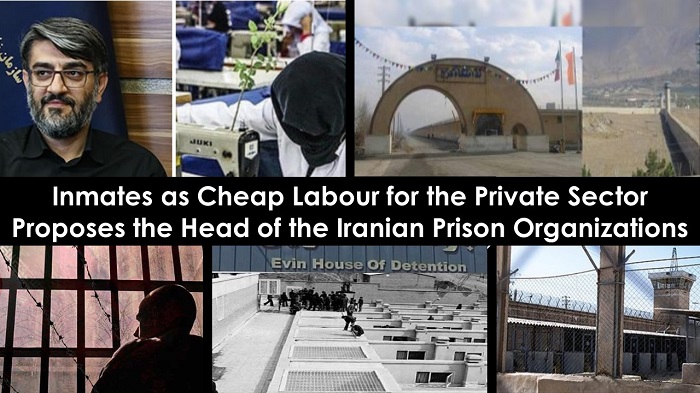 The National Council of Resistance of Iran (NCRI), and the People’s Mujahedin of Iran (PMOI / MEK Iran), reported that according to the report of the ISNA State-run News Agency, the head of the Iranian Prison Organizations, Mohammad Mehdi Haj Mohammadi, declared on 5 March that inmates were cheap labor could be used by the private sector.

Haj Mohammadi said during a visit to the Governor of East Azerbaijan that this would be a win-win situation for prisoners and companies.

Official statistics show that there are currently more than 200,000 prisoners in Iranian prisons but do not include those who are waiting to be prosecuted by the justice machinery.  It is also less than usual since some of the prisoners were given house detention because of the Coronavirus.

The National Council of Resistance of Iran (NCRI), and the People’s Mujahedin of Iran (PMOI / MEK Iran), reported that the coronavirus death toll in 522 cities surpasses 234,100.

The prisoners in Iranian prisons are usually subjected to horrific conditions, from dirty cells to rotten food, denial of medical care, and torture, so it should come as no surprise that over 50% of them are forced into doing work for a pittance.

A report on Isfahan read, “They have ruined the lives of the prisoners. They take youth from them and destroy them. They create a catastrophe every day. They use prisoners as slaves. From Isfahan prisons alone, 3,000 prisoners are brought out of prison for forced labor, working in the heat and cold. They use prisoners with the promise of leave and release.”

The report cited a specific “task” in which prisoners were tasked to paint street curbs in groups of 30 at a time. It involved eight hours of bending, which should be against safety and health and certainly caused the inmates to suffer.

The information source said: “In addition, they distribute methadone to prisoners every morning to work harder.”

It’s of high doubt that the prisoners would benefit from this. They earn ridiculous compensation and often receive rotten food after 8 hours of hard work, where there is no respect for their health, and even they are fed drugs to make them work `harder.

Prisoners in Section 7 of the infamous Evin prison, for just 20,000 tomans (80 cents) per week, were forced to work eight hours a day at the sewing workshop. This was an imposed choice as they had to move to Evin, which is nearer to their families, from the Greater Tehran Penitentiary.