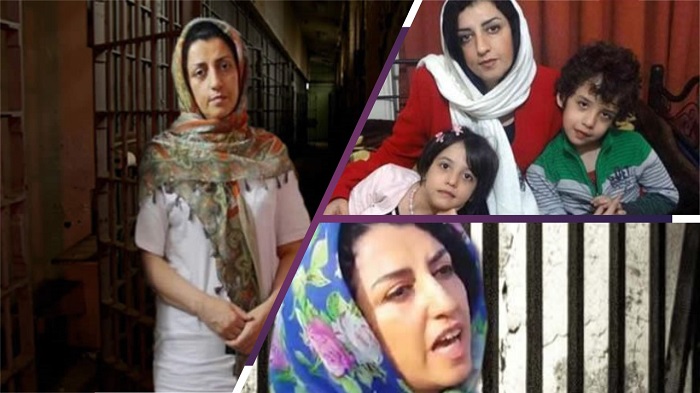 Great news! Iranian human rights defender Narges Mohammadi has been released from prison! She should never have been unjustly jailed for over 5 years for her peaceful human rights activism. Many thanks to everyone across the globe who worked tirelessly for her release! #Iran pic.twitter.com/1dp5cQd1t7

Unfortunately, Mrs. Mohammadi is not the only female political prisoner behind bars who were imprisoned for their views on the death penalty, humanitarian views, and political beliefs. Members of some of Iran’s minority ethnic and religious groups are also routinely arrested and imprisoned.

Four female activists were arrested in Tehran and Ilam in their own homes by members of the Revolutionary Guards (IRGC). These were:

Over 122,300 people have died of the coronavirus in Iran’s 31 provinces, according to reports by the Iranian opposition People’s Mojahedin Organization of Iran (PMOI / MEK Iran).

Many activists believe that the regime is hoping that the disease will rid them of as many political prisoners as possible. Reports from around the country indicate many prisoners suffering from the infection.

32-year-old Massoumeh Senobari, a female political prisoner, was arrested in Tabriz, then subjected torture and ill-treatment during interrogation. She was sentenced to eight years in prison for a number of trumped-up charges, including: “insulting the supreme leader,” “membership of the Iranian opposition, the People’s Mojahedin of Iran  (PMOI / MEK Iran),” and “propaganda against the state.”

Senobari has been reported to have been infected while in Tabriz Central Prison. Reports have said that Massoumeh Senobari has bad coughs. She suffers from high fever, sore throat, dry mouth, pain in the lungs, and all over her body.”

Two other female political prisoners, Mina Rad and Faranak Jamshidi have also suffered, while in Qarchak and Sanandaj prisons respectively. Mina was arrested for participation in the 2017and 2018 protests, while Faranak was an environmental activist.

The Iranian regime has imprisoned hundreds of female protesters ad even those who were trying to find out what had happened to their own loved ones who had ‘disappeared.’ Family members of those who were killed in 1988 have also been arrested and imprisoned merely for questioning the whereabouts of their loved ones.

The dire situation in Iran should mean that activists and human rights groups attempting to get all-female political prisoners released should not relax their efforts after the release of Narges Mohammadi, however, welcome this is. Complacency and appeasement of the Iranian regime will only encourage the mullahs to continue their vile repression.

The fate of prisoners in the clerical regime’s Intelligence Ministry prisons remains obscure. Once again, I urge the UN Secretary General, Security Council, and High Commissioner for #HumanRights to compel the clerical regime to release Iranian political prisoners #Iran pic.twitter.com/fteCb5MR01

Mrs. Maryam Rajavi the President-elect of the National Council of Resistance of Iran’s (NCRI): The fate of prisoners in the clerical regime’s Intelligence Ministry prisons remains obscure. Once again, I urge the UN Secretary-General, Security Council, and High Commissioner for Human Rights to compel the clerical regime to release Iranian political prisoners in Iran.