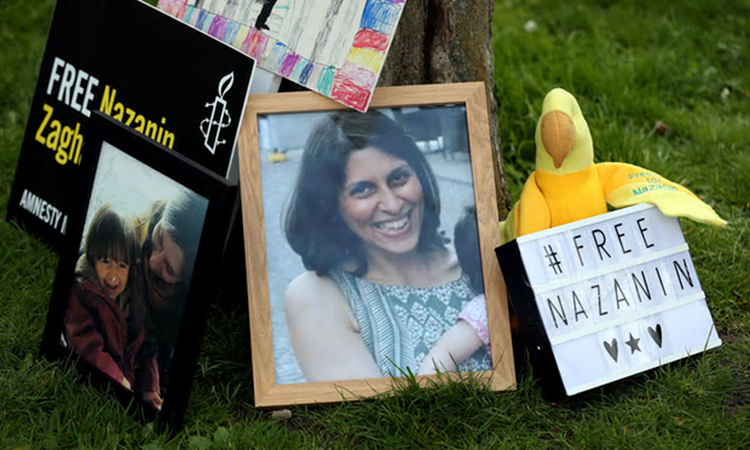 Nazanin Zaghari-Ratcliffe, a 38 year-old British-Iranian charity worker was arrested at Tehran airport on 3rd April last year following a visit to her family in Iran. She was with her daughter – Gabriella – at the time of her arrest. Gabriella is currently stranded in Iran, leaving her without access to her father in the United Kingdom because her passport was confiscated. Her grandparents (from her maternal side) are looking after her in Iran.

The Iranian authorities have said that Ms. Zaghari-Ratcliffe was plotting to topple the government and in September she was sentenced to five years in prison. Maintaining her innocence, she launched an appeal but it was rejected in January. Her official charge is unknown, even to Ms. Zaghari-Ratcliffe herself, but media in Iran is reporting that “one of the chief members of networks of adversary institutions, who – with the direction and support of foreign media and espionage services – has committed her criminal acts over the past few years”.

To mark the one year anniversary of her arrest, her family and friends in the United Kingdom met in Fortune Green Park near her home and tied yellow ribbons to a tree. On the ribbons were quotes by prisoners from Evin prison (where Ms. Zaghari-Ratcliffe is currently imprisoned) describing what they would do if they were given one day of freedom.

Ms. Zaghari-Ratcliffe said that she dreams about seeing her husband and daughter playing together. Her wish was: “My fondest dream has always been to arrive at our home. You ask me if I want to have a cup of tea, then make me one. I just sit back and watch you two play. This is the image I had most when in solitary confinement. How I wish I could watch you both dance in the middle of our sitting room to the Michael Jackson music – like when Gabriella was only tiny.”

She also said that she wants to put a large piece of paper on the wall and “draw a world in which there are no prisons, walls or fences – and let Gabriella do the colouring”.

Her husband, Richard Ratcliffe, said that the event at the park was a “nice” and “positive” gathering and expressed his hope that the whole affair will be over and done with soon. He said that the past year has been “a long year of separation” and “a year of our lives interrupted”.