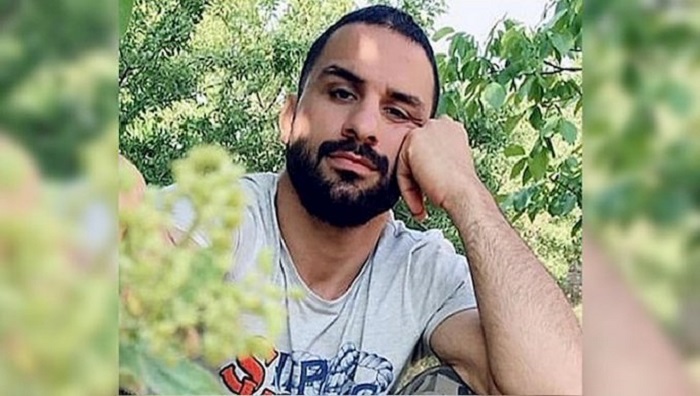 Navid Afkari, a protestor arrested in Shiraz during the 2018 nationwide Iran uprising, has been sentenced to death by the Iranian regime. Despite calls to stop his execution, news reports indicate that the execution is to go ahead. The regime must not be allowed to commit such abuses of human rights without accountability.

The regime’s violation of human rights.

In a letter, Afkari who is a wrestling champion in Iran recounted the horrifying physical and psychological torture he has been subjected to by the mullahs’ regime: “For around 50 days I had to endure the most horrendous physical and psychological tortures. They would beat me with sticks and batons, hitting my arms, legs, abdomen, and back. They would place a plastic bag on my head and torture me until I suffocated to the very brink of death. They also poured alcohol into my nose,” he wrote.

Torture methods such as this are often used by the Iranian regime to force prisoners into making false confessions or break their resistance. Amnesty International and the Mujahedin-e Khalq (MEK) have spoken out about the issue on numerous occasions. After the 2018 and 2019 uprisings in Iran, the regime arrested and brutally tortured thousands of peaceful protestors. This was in addition to the Iranian regime forces killing dozens of protestors on the streets in 2018 and over 1500 people in November 2019.

The Iranian regime’s Judiciary Chief, Ebrahim Raisi, responded to the growing international condemnation of the planned execution of Afkari and the torture used to force his confession. He wrote on Twitter: “Justice will be served powerfully.” Ebrahim Raisi was a key figure in the 1988 massacre of over 30,000 political prisoners in Iran. The notion of justice in this case means little more than extrajudicial executions and brutal torture.

Amnesty International published a report on 2 September 2020, referring to the heinous human rights violations which take place in Iranian prisons.

The report stated: “According to information gathered by Amnesty International, torture and other ill-treatment was used for the purposes of punishment, intimidation, mocking and humiliation of detainees. It was also used as an interrogation tactic to elicit self-incriminating statements and “confessions” not just about detainees’ involvement in the protests, but also about their alleged associations with opposition groups outside Iran, human rights defenders, journalists and media organizations outside Iran, as well as foreign governments. Victims told the organization that the torture sometimes started during or immediately after the arrest, when detainees were usually blindfolded before being shoved into vehicles and beaten when they asked questions about where they were being taken.”

“The most frequently reported methods of physical torture used against those arrested in connection with the November 2019 protests included beatings, floggings, suspension, forcing detainees into stress positions for prolonged periods, often while blindfolded or having their head covered in a bag or sack, the use of solitary confinement for 24 hours a day for periods reaching months, and the denial of sufficient food, potable water and medical treatment including medication,” the report added.

“Amnesty International also obtained information from primary sources on interrogators belonging to security and intelligence bodies and prison officials subjecting detainees to extreme temperatures and the bombardment of light or sound over a sustained period, including at night; stripping detainees and spraying them with cold water in cold temperatures; forcible extraction of nails from victims’ fingers or toes; sexual violence and humiliation; pepper-spraying including on eyes and genital area; waterboarding; electric shocks, including to temples and testicles; mock executions; and forced administration of chemical substances – methods which correspond to patterns of torture previously documented in the country,” the report continued.

1) Today @amnesty published a new report on the human rights violations committed by the Iranian authorities during and in the aftermath of the nationwide November 2019 protests that were brutally suppressed. This is a Twitter thread with some of our main findings #BloodyNovember pic.twitter.com/XrtgQrkXT7

The regime’s history of brutal torture.

As listed in Amnesty International’s new report, the Iranian regime is guilty of torturing prisoners, holding brief courts without adequate defense for the prisoners, and withholding information on the prisoner’s location from their family members. These methods have been used by the regime for decades, with the worst instance being the 1988 massacre of political prisoners.

Ruhollah Khomeini issued a fatwa in the summer of 1988 against all political prisoners who had maintained their beliefs in opposition to the regime. “Death Commissions” were formed and executed over 30,000 political prisoners, most of whom were members of or affiliated with the People’s Mojahedin Organization of Iran (PMOI/MEK). Many of these individuals were tortured and then questioned in a mock trial which lasted no more than several minutes. If the prisoner was deemed to be loyal to the resistance they were executed. Information about the prisoners, including their place of burial, was covered up by the regime and so 32 years later the family members of the victims still do not know what happened to them.

The vicious tortures inflicted on #NavidAfkari and his brothers are outrageous. I call on everyone to rise in support of Afkari brothers and convey their voice throughout #Iran and the world. #SaveNavidAfkari

Many of the enforcers behind the 1988 massacre now hold high profile positions within the regime, such as Raisa. No one has ever been held accountable for the crimes of the massacre and the regime continues to use the same oppressive tactics decades on.

It is imperative that the international community holds the mullahs’ regime accountable for their crimes in the massacre and sends a clear message that these human rights violations will not be tolerated on a global level. The international community has the opportunity to demonstrate this through the United Nations’ immediate intervention to stop the execution of Navid Afkari.

I urge the UN Security Council, UN Secretary General, UN High Commissioner for #HumanRights, and the EU to condemn the vicious tortures inflicted on Afkari brothers in #Iran, and take urgent action to secure their immediate release.

Maryam Rajavi, President-elect of the National Council of Resistance of Iran (NCRI), said: “Maintaining silence about torture and crime against humanity would amount to the trampling of the values that tens of millions of people have given their lives for.”