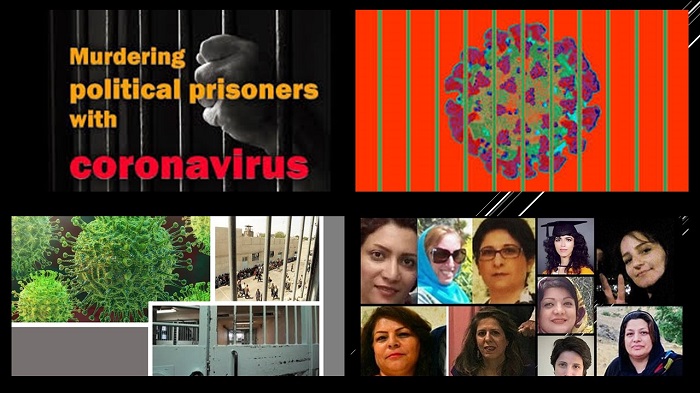 Iran Human Rights Monitor (Iran HRM) publishes a report every month about the latest developments in Iran with regard to human rights.

In its latest report that came out just a few days before the execution of Navid Afkari, Iran HRM described the situation for political prisoners to be extremely worrying. There have been many reports about the ill-treatment of political prisoners including brutal torture. It also appears that the Iranian regime is starting to sentence more people to death in a bid to increase the atmosphere of fear.

#Iran authorities have threatened 3 protesters arrested during the November 2019 protests to remain silent or be executed.#FreePoliticalPrisoners https://t.co/sGUKqhS3cL

The Iranian regime knows that another uprising could precipitate the regime’s collapse and it is doing everything it can to silence the voice of dissenters.

Iran HRM concluded that taking into account the deteriorating human rights situation in the country, there is an urgent need for intervention, in particular, to overturn death sentences and to ensure that no more prisoners are killed.

The report states that there are at least 20 ideological and political prisoners that have been sentenced to death. Half of them are individuals that participated in the last three major uprisings (in December 2017, July 2018, and November last year).

While the 2018 uprising was taking place, the supreme leader, Ali Khamenei, named the People’s Mojahedin Organization of Iran (PMOI / MEK Iran) as the chief protagonists, signing a death sentence on anyone who might have been associated with the organization.

More than 103,900 people have died of the novel #coronavirus in 433 cities checkered across all of #Iran's 31 provinces, according to the Iranian opposition PMOI/MEK. pic.twitter.com/nPhLJqnucs

The current health crisis is also another major cause for concern, especially in prisons where the regime has taken next to no action. The prisons in Iran are overcrowded, making the COVID-19 situation even more dangerous for prisoners. Political prisoners have not been granted a furlough and horrifying reports about the rapid spread of the virus through wards are worrying.

Over 103,900 people have died of the novel coronavirus, according to reports by the Iranian opposition (PMOI / MEK ّIran) on, September 15.

Many reports from prisoners indicate that infected patients are not isolated and they are left without any treatment. Furthermore, the sanitary conditions in Iran are terrible at the best of times, but this highly-infectious virus has not prompted authorities to take decisive and firm action to slow its spread.

Coronavirus, or COVID-19, has occurred in a number of the regime’s prisons and is being largely ignored by prison officials https://t.co/btThqlXmY7#iran #freeiran #MEK @USAdarFarsi pic.twitter.com/tSIad4egFU

The National Council of Resistance of Iran (NCRI) has been calling on the United Nations Security Council, the Secretary-General, the Human Rights Council, and the High Commissioner for Human Rights to take action to stop the regime from being allowed to cover-up the Coronavirus outbreak.

During the month of August, there has been a crackdown on journalists. A number of journalists have been summoned by the authorities simply for reporting on the problems the people of Iran are facing.

Once again there has been a crackdown on ethnic and religious minorities too, including those of Baha’i and Christian faith.

And women continue to be suppressed, with authorities reemphasizing and reinforcing the mandatory veiling rules despite the hot summer temperatures. Women in Iran have been making sure their voices are heard over the past few years, with many speaking out about the mandatory veil laws. Men too have spoken out about this repressive law that the regime enforces under the pretext of Islam.

Ms. Massoumeh Senobari, a mother of one from the city of Tabriz in, the Prison of Tabriz. She was arrested in March last year. She was subjected to a brutal interrogation where she was left with broken bones, blurry vision because of blows to her head, and the inability to walk afterward. She was sentenced to eight years imprisonment in total – five for being a member of the (PMOI / MEK Iran), one for “propaganda against the state” and two for “insulting” the Supreme Leader.

Urgent action needs to be taken in Iran and there should be a fact-finding mission established, especially to protect the vulnerable political prisoners that are having their human rights trampled over by the regime.

Mrs. Maryam Rajavi the President-elect of the National Council of Resistance of Iran’s (NCRI): It is imperative for the UNSC, UN High Commissioner for HumanRights and the EU to take urgent action to save the lives of prisoners in Iran. They should set up an international fact-finding mission to investigate the killings in November 2019 and visit Iranian prisons.

It is imperative for the UNSC, UN High Commissioner for #HumanRights and the EU to take urgent action to save the lives of prisoners in #Iran. They should set up an international fact-finding mission to investigate the killings in November 2019 and visit Iranian prisons.