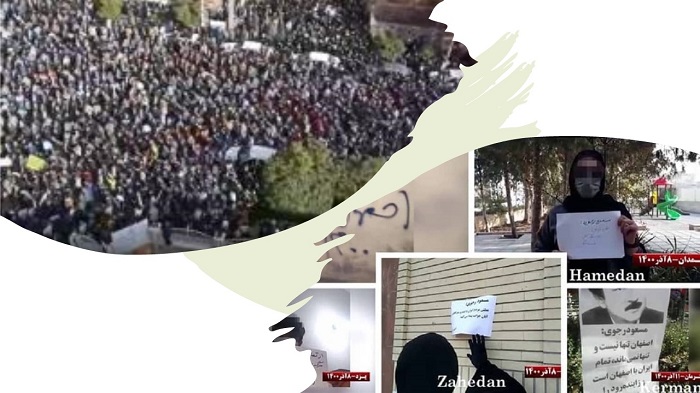 While protests continue in various parts of Iran, the Resistance Units, a network of MEK members within Iran, have continued their activities, demanding for the mullahs’ rule to be overthrown.

Iranian society is on the verge of exploding again

These acts occur while the dictatorship continues to ignore the Iranian people’s basic demands while wasting the country’s resources on destructive and criminal initiatives. As floods wreak havoc throughout huge regions of Iran, the dictatorship has resisted adopting preventative steps and providing relief to the victims. At the same time, the dictatorship is squandering vast quantities of money on missile tests, the pursuit of its nuclear program, and the sale of guns to its terrorist proxies.

The Iranian society is on the edge of exploding once more, with discontent and loathing for the ruling clerics at all-time highs. Meanwhile, the Resistance Units serve as a light of hope in the face of the regime’s oppression and violence, ensuring that the spark of resistance and insurgency continues to burn throughout Iran.

Resistance Units placed posters with messages from Iranian Resistance leader Massoud Rajavi and the president-elect Maryam Rajavi of the National Council of Resistance of Iran (NCRI), in several towns.

The conditions are ready for another democratic revolution

“The conditions are ripe for another democratic revolution in Iran,” read one poster in Tehran, while another urged people to “Rise to topple the dictatorship.” Others pointed out that “the mullahs’ dictatorship is nearing the end of its life cycle” and that “the Iranian people do not want to be ruled by the mullahs.”

One of the posters said, “Rebellious youth will choose Iran’s destiny,” while another said, “There is no force that can challenge rebellious youths and a risen nation.”

“Down with [Supreme Leader Ali] Khamenei and [Regime President Ebrahim] Raisi,” the Resistance Units wrote in Tehran, Mashhad, and Shiraz, expressing optimism for regime change. These are phrases that have gained a lot of traction in recent rallies, expressing people’s frustration and fury at the regime’s leader and their overall authoritarian rule.

Hamedan, Karaj, Tabriz, Semnan, Birjand, Neyshabur, Dezful, Zanjan, and Yasuj were among the cities where similar activities were documented and posted.

Public opinion blames the clergy for the current crisis

Officials in Iran are particularly concerned about popular hostility toward the regime and the fundamentalists. As a result, they are concerned that public anti-regime sentiment would morph into sympathy for and gravitation toward the Iranian Resistance.

“Some are attempting to separate religion from politics,” Ahmad Khatami, a top regime official and member of the Guardian Council, said at a recent meeting with regime supporters, acknowledging that the masses despise the mullahs.

In the same session, Khatami advised the clerics and regime loyalists to avoid any measures that would “promote the MEK,” according to the official IRNA news agency.

“The public is blaming clerics for the current crisis,” Mohammad Taghi Fazel Meibodi, a member of the Assembly of Teachers in Qom Seminary, told the state-run Hamdeli newspaper. People, unfortunately, have a negative attitude regarding clergy. Many student clerics who go to the market or to stores to buy products attempt to avoid wearing clerical robes to avoid being ridiculed.”