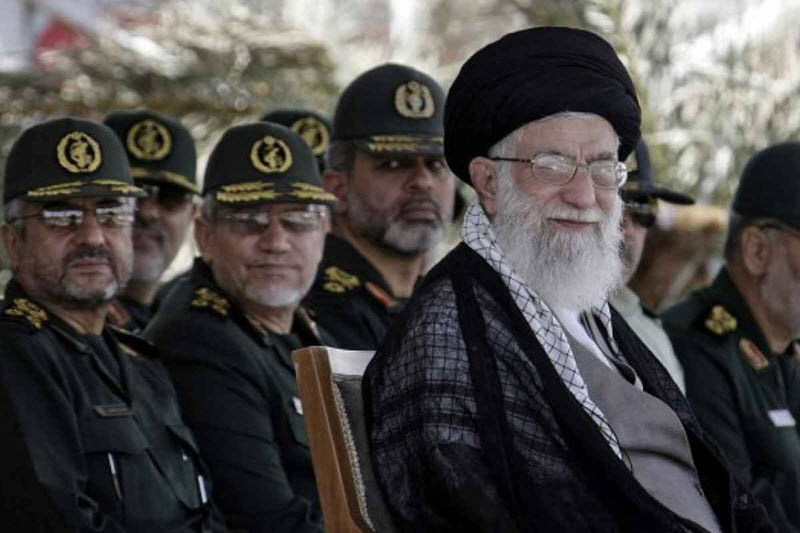 Documents have come to light revealing the Islamic Revolutionary Guard Corps’ (IRGC) involvement in occupying property belonging to the Tehran municipality. The IRGC had forcibly and illegally occupied the area.

It was revealed that it had received documents proving that the Martyr Mir Hosseini Camp had been taken over by Iran’s IRGC. The property is located in the western part of the city near Chitgar Park. It was once a sports camp and cultural and educational centre.

The documents show that Mohammad Ali Najafi, the former mayor of the city, wrote to a top commander in the IRGC, General Mohammad Ali Jafari, last year. He wrote that he was not happy about the occupation that occurred on the morning of Friday 20th October last year. Several people representing the IRGC allegedly “established themselves forcibly inside Martyr Mir Hosseini Camp without prior coordination, unexpectedly”.

The letter by the former mayor explains that no permission had been given and that the representatives of the IRGC disrespected the “chain of command”. He further explained that no permit had been granted for the removal of the town’s security agents.

Najafi wrote: “As of now, Tehran Municipality has prevented the spread of the news to various quarters with regard to national interests and this revolutionary institution.” However, he warned that news of the incident had somehow gotten out and that members of Tehran’s council has been questioned secretly.

He added: “I am confident, that a corps that the Exalted Leader calls the well-informed and the vigilant guardian of the Islamic Revolution, and [which has a key duty] to maintain public security and peace, is not prone to such offenses and would deal appropriately with the individuals who, under the cover of the name of that sacred institution, harm its reputation and standing.”

This did not stop the IRGC from continuing with the occupation of the camp.

A member of the council said last year that the camp had been occupied illegally but he did not say who was responsible.

Another letter from the mayor of the city’s 22nd district, Ali Nozarpour. He told the mayor that workers were denied entry to the camp’s water purification and electricity stations. His letter indicated that his area had suffered a number of environmental problems for some time and the experts that were carrying out the investigations had not been allowed to enter the camp so that the necessary work could be carried out.

Najafi was mayor for less than a year between 2017 and 2018. He resigned because of “health problems”, but many believe he was forced to resign under political pressure.

Corruption is rife and it is evident at all levels of the leadership in Iran. The people of Iran, having witnessed this corruption for decades, are calling for regime change. Their wealth is being plundered by the people that are supposed to look after their interests, and to make matters worse it is being plundered on fuelling conflicts and terrorist activities across the region.