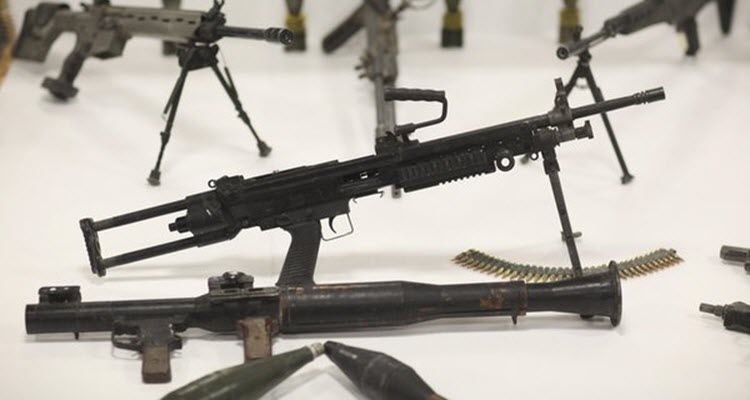 The National Council of Resistance of Iran (NCRI) has reported on their website that a large weapons cache has been seized at sea by French authorities on 20th March. The weapons cache is said to originate from Iran and was probably en route to Yemen according to Cmdr. Kevin Stephens, a spokesman for US 5th Fleet.

This is the second time in a month that a large weapons cache has been seized. Earlier in March, a similar shipment was discovered off the coast of Oman. US authorities reported that they believe the weapons, initially sent from Iran, were most likely headed to Houthi rebels in Yemen via Somalia.

Cmdr. Stephens would not comment on whether the US believes that the arms shipments were headed to Houthi rebels, however it is known that the Iranian regime has been supplying arms to Houthis fighting against the government in Yemen’s civil war. He did confirm that this is the third weapons seizure since last September, according to CNN.

The latest shipment of arms was spotted by the French military during routine surveillance in the northern Indian Ocean. According to the Combined Maritime Forces (CMF), once the French forces were on board, they found hundreds of AK47 assault rifles, machine guns and anti-tank weapons. The CMF is a multinational naval partnership tasked with policing over 3 million square miles of international waters.