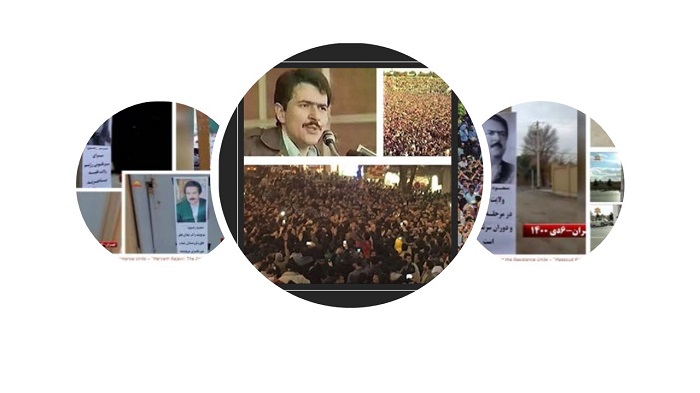 The annual religious Ashura ceremony turned into a nationwide march against the Iranian regime on December 30, 2009. People protested the security forces’ brutality and asked for the mullahs’ government to be overthrown. The dictatorship was only able to put down the protests by using ruthless repression and opening fire on defenseless demonstrators.

Regime authorities are still afraid of the 2009 protests

Regime authorities are still afraid of the 2009 protests, their ongoing reverberations in Iranian society, and the MEK’s rising involvement in planning and directing rallies twelve years later. The regime organized anti-demonstration events on the anniversary of the protests, during which numerous regime officials weighed in on the significance of the protests and the ongoing effort to destroy the regime.

“There were two fronts during the eight months of sedition,” Ahmad Khatami, a member of the Assembly of Experts, remarked. In eight months, the [MEK] concentrated on one front and did everything they could… They turned every occasion into riots. November 4, December 5.”

The regime has made a series of inconsistent statements about the MEK. On the one hand, regime officials are continually attempting to dismiss the MEK as a fringe organization with little internal backing. On the other hand, they are continuously claiming that the MEK is behind all of the country’s protests. Senior government officials, including Ali Khamenei, the regime’s supreme leader, have publicly said that the MEK orchestrated the 2018 nationwide uprisings.

The government has wreaked havoc on the country’s economy

The Revolutionary Guards’ (IRGC) spokesperson, Ramezan Sharif, has warned of the MEK’s current threat to the regime. “Even today, the enemy is attempting to sow discontent among the people [about the regime] and undermine the Islamic Revolution’s achievements by exaggerating everyday problems in order to sow discontent and gain political advantage by luring people into street protests.” “And they understand that it will only bring insecurity to the people,” he continued.

The reality is that the government has wreaked havoc on the country’s economy. People from all walks of life and socioeconomic backgrounds are protesting today against government corruption, inflation, high prices, unemployment, and other issues that have wreaked havoc on people’s lives. And the desire for regime change is so strong that all it takes is a spark to transform economic protests into political marches. This effect has been observed in protests all around the country, from Isfahan farmers to Khuzestan residents, gasoline porters in Sistan and Baluchestan, and teachers all over the country.

Protests continue every day around the country

Protesters nowadays use social media to plan their gatherings. The most recent manifestation was a teacher-led rally that took place in over 100 places across Iran. Any area that allows individuals to communicate and organize outside of the regime’s supervision is feared by the dictatorship. While the government has tried a variety of techniques to ban social media, individuals are finding new ways to interact and have their voices heard.

While the administration is congratulating itself on surviving the 2009 riots, officials are continually warning that another round of widespread protests is inevitable. Despite the regime’s repressive efforts, Iranians are incensed by more than four decades of dictatorship and corruption, and protests continue every day around the country. As more people join the protests, the regime is finding it increasingly difficult to maintain power.