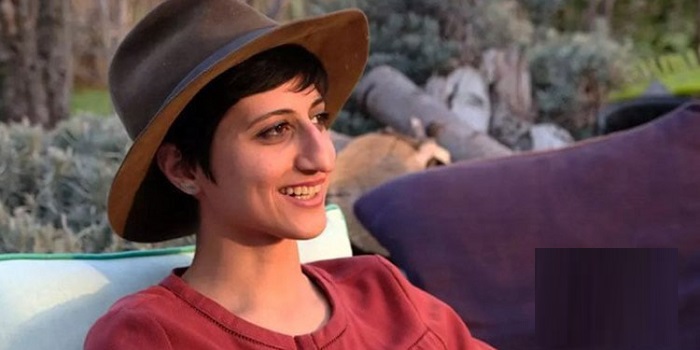 The mullahs’ regime’s judiciary continues to file cases and issue prison sentences, as well as inhumane punishments, to protestors in the widespread protests.

Sepideh Salarvand, an anthropologist, writer, and child rights activist, was sentenced to two years in prison, a two-year ban on leaving the country, a ban on membership in social and political groups, and the preparation of an 80-page research paper on issues of love for the homeland and condemnation of treason by the Tehran Revolutionary Court.

Samaneh Dadgar was sentenced to five years in prison on the charge of “assembly and collusion to act against national security” by the Revolutionary Court of Abhar. In addition, Judge Mohammadi of the 2nd Criminal Court of Abhar sentenced Samaneh Dadgar to 74 lashes and a fine of three million tomans instead of four months in prison.

Samaneh Dadgar resides in the Zanjan Province city of Hidaj. During nationwide protests on September 22, security forces apprehended her and transferred her to the Prison of Safarabad in Zanjan, then to Abhar Prison. She was released on bail for 500 million tomans until the end of the proceedings.

Vida Rabbani was arrested in Tehran on September 24, 2022. She has a history of arrests and convictions as a result of her previous activities.

Sepideh Ahmadkhani holds a bachelor’s degree in architecture from Zanjan University and is a master’s student in architecture studies at Melli University. On the night of September 23, 2022, she was arrested at home and temporarily released after 26 days in detention on a bail of 600 million tomans. Her personal belongings, including her phone and laptop, were also seized by security forces.

She was also barred from leaving the country, using mobile phones or smart devices, or belonging to any political, social, or religious group or organization for two years. She must also work for three months, four days a week, at a welfare care center for the elderly in Tehran province. She must also write an 80-page research paper on the importance of security in human societies, the condemnation of treason, and patriotism.