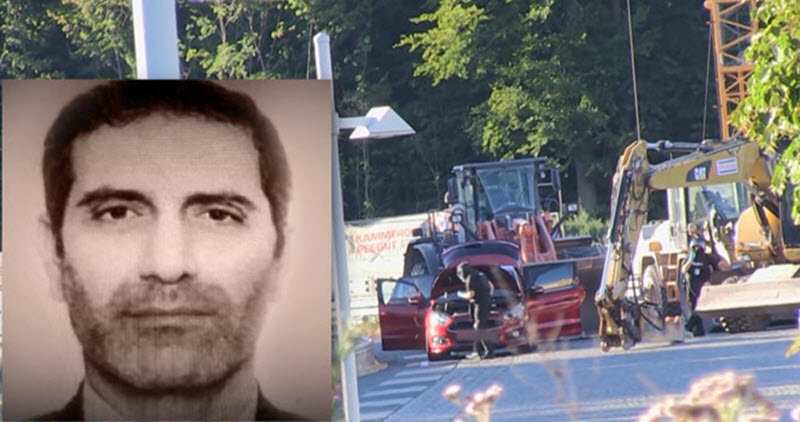 On March 16th, state-run Keyhan newspaper published an article that revealed its concerns about the fate of Assadollah Assadi, the Iranian terrorist who had served as Tehran’s ambassador in Vienna. Assadi awaits trial on terrorism charges in Germany.

Last year, Assadi allegedly gave explosives to an Iranian couple with the intention of bombing the annual gathering of the Iranian opposition. He was arrested in Germany and subsequently extradited to Belgium.

Keyhan writes, “Now, nearly nine months after the arrest, detention, and trial of Assadollah Assadi, there is still no news about the fate of his case.” The newspaper blames the Iranian foreign ministry and the “moderates” for this. It writes, “It is interesting to know that Iran’s ambassador to Austria has shown no reaction until now about the detention of his diplomat! A senior foreign ministry diplomat who didn’t want his name revealed said: ‘What happened to our diplomat Assadollah Assadi, maybe you can say that it is unprecedented in our diplomatic history.’”

“Then on July 2, 2018, we were informed that Assadollah Assadi the third secretary of Iran’s embassy in Austria has been detained by German police on July 2 on orders from the French security establishment. On September 27, Western media reported that the Iranian diplomat was extradited to Belgium and now, nearly nine months after the arrest, detention, and trial of Assadollah Assadi the is still no news about the fate of his case and the foreign ministry still hasn’t been able to demand the basic rights of this Iranian diplomat from European countries as it ought to be.”

Keyhan then attacks Iranian President Hassan Rouhani saying, “Political pundits believe that the diplomatic establishment of Hassan Rouhani not only hasn’t reciprocate all these expulsions and Assadollah Assadi’s detention as it is customary, but prefers to ignore them with a policy of silence and smile.”

Keyhan complains, “Despite French claims of combatting terrorism and the country’s officials’ continuous statements about it, in practice we are witnessing that France supports the PMOI.”

France abides to the rule of law and freedom of speech is still valued and protected in that country. What the Iranian regime would like is for France to do is detain, expel and extradite the PMOI, which would violate the values of Western civilizations.

Keyhan newspaper described the terrorist plot against the Iranian opposition in Paris last year, saying, “Investigations and accusations against the third secretary of Iran’s embassy in Austria is about a bombing plot of PMOI’s gathering on June 30, 2018, in France. He [the diplomat] is accused of urging an Iranian couple in Belgium to attack this gathering.” Kehyan continues, “The couple has been arrested while in possession of 500 grams of acetone peroxide, a very potent explosive, and a detonator. Police claims that they are suspecting Assadi of having transported the explosives to the couple.”