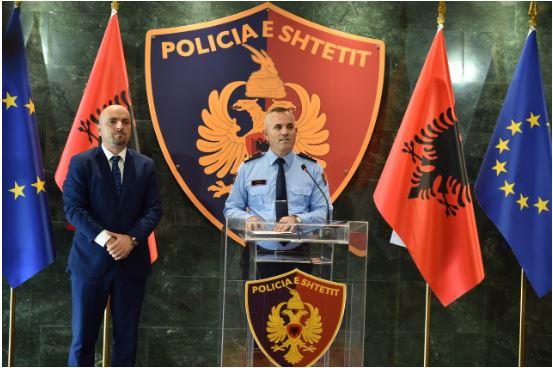 On Wednesday 23rd October, the Police Chief of Albania announced during a press conference that a terrorist ring connected to the Iranian regime has been uncovered. This ring, operating in Albania, has been plotting to launch attacks on members of the Mujahedin-e Khalq (PMOI/MEK) residing in the country.

It was also explained that the same ring was behind the plot to launch a terrorist attack on the PMOI/MEK’s Nowruz (New Year) gathering in March last year, as well as a number of other terrorists and espionage attacks.

In March last year, the main opposition to the regime, leader Mrs. Maryam Rajavi and a number of European and US dignitaries such as the former mayor of New York City Rudy Giuliani gathered in Albania to celebrate Nowruz. The regime’s Quds Force was organizing an attack that Albania security forces foiled shortly before implementation.

The Police Chief said that a Quds Force operative named “Peyman” was plotting from inside Iran. He was overseeing the recruitment and handling of the espionage and terrorist activities against the MEK.

An MOIS agent named Alireza Naghashzadeh was in possession of an Austrian passport. He claimed to be a former member of the MEK and claimed he was traveling to Albania to see his mother and to get her out of the country, while in fact, he was collecting intelligence.

The Police Chief also revealed that the Quds Force is using criminal gangs in Turkey.

In March last year, the regime sent two terrorists from Turkey to Albania, instructing them to act as journalists and to bomb the MEK Nowruz gathering. However, the terrorists were caught taking photos of the MEK premises and were arrested.

Albania authorities have said that Turgut – a notorious criminal in Turkey – was involved. A number of his gangmates had been sent by the Iranian regime to Albania to participate in the Nowruz plot. 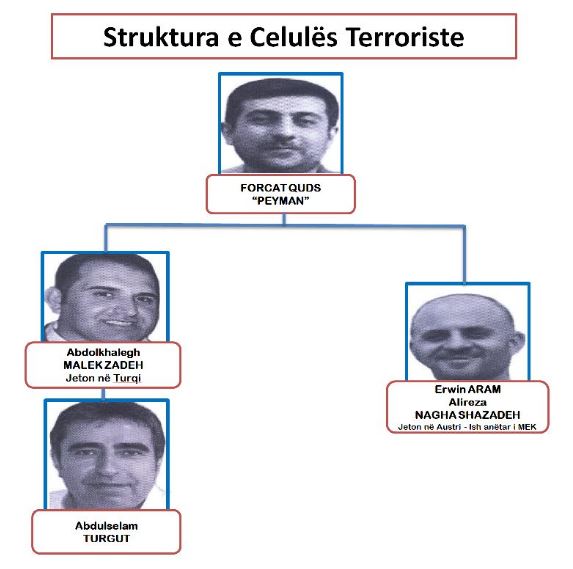 This news is very worrying and the National Council of Resistance of Iran (NCRI) has said in a statement that it urges all Iranians across Europe to get in touch with the relevant law enforcement agencies should they have any information relating to the regime’s agents.

The organization’s Committee on Security and Counterterrorism has reiterated three main points:
1. MOIS, IRGC and Quds Force agents and operatives should be prosecuted, punished and expelled from Europe.
2. The IRGC and the MOIS should be added to the EU terror list.
3. The regime’s representations and embassies – its espionage and terror centers – should be shut down.

The Iranian regime is unable to contain the dissent that it faces, both at home and abroad, and that is why it is escalating its terrorist activities abroad. Its brazen plots on European soil show just how desperate the Iranian regime is.

This is on top of the demonization campaigns it has launched against the opposition in attempts to discredit their work. However, the true nature of the regime is hard to deny and the Iranian Resistance is growing in strength. Nevertheless, it is imperative that the regime’s terrorist agents are removed from Europe.