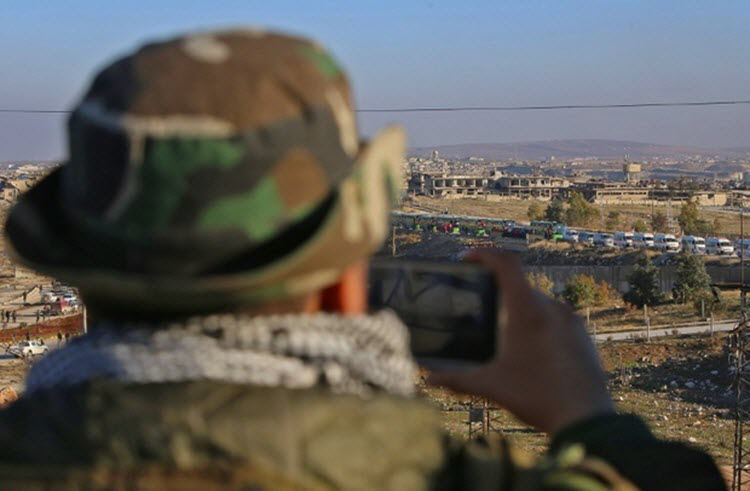 The Iranian Regime and its subsidiary terror organisation, the Islamic Revolutionary Guard Corps (IRGC), played a significant role in retaking Aleppo from the democratic Syrian Resistance forces, according to a report by the democratic Iranian opposition.

Shahin Gobadi, a member of the National Council of Resistance of Iran (NCRI), said: “The forces that occupied Aleppo were actually the IRGC and foreign mercenaries under their command.”

He stated that the Iranian Regime had recruited the Lebanese terrorist group, Hezbollah, as well as Afghan refugees to fight under the banner of IRGC forces in Aleppo.

The NCRI is part of the People’s Mojahedin of Iran (MEK/PMOI), the largest opposition group to the Iranian Regime. They have a history of releasing information about the Regime’s misdeeds, including their attempts to hide their nuclear weapons-related facilities from UN inspectors.

The MEK receives heavy support from the Iranian people, who yearn for a democratic government; as a result, they are able to infiltrate the government and filter back information to Western governments.

Gobadi said: “The fact is that Aleppo has been occupied by the IRGC and its mercenaries. Mass executions, preventing the transfer of civilians, including women and children, [and] attacking civilians has all been done by the forces of the mullah’s regime.”

Last Friday, a convoy of 800 people was taken hostage at a Hezbollah checkpoint; four of those attempting to flee the city were unlawfully executed, even by the Iranian Regime’s own laws.

Another convoy was detained on Tuesday for almost 24 hours.

Gobadi said: “The obstruction to the transfer of residents out of Aleppo and the two incidents of the killing of residents over two consecutive days were perpetuated by the IRGC and their mercenaries.”

The report identified Javad Qadiri, a veteran commander of the IRGC, as the man in charge of Iranian forces in Syria and provided much more information about the forces in Syria including where they are located and what Iran is paying them.

The Institute for the Study of War, a nonprofit research group in Washington, has reported that Iran organised Shia militias in Iraq, not only to fight the Islamic State there but also to deploy them against the rebel forces in Aleppo.

In November, Iran confirmed the deaths of more than 1,000 fighters sent to Syria to support Assad’s army.