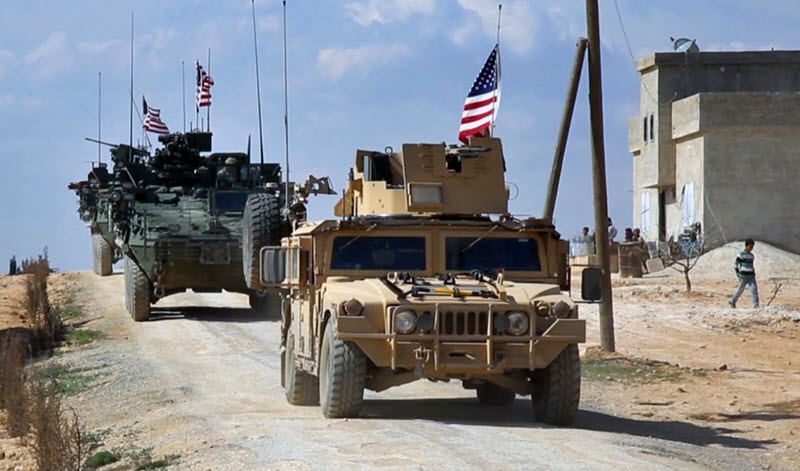 America has begun to establish local militias to fight Iran’s militias and forces in Syria. Along with the new round of sanctions, Tehran is feeling the pressure.

In addition to fighting ISIS, the Americans make no secret of their attempts to restrict Iranian forces, like the Quds Brigade and its militias, and improve their negotiating situation regarding Syria’s governance.

Abdulrahman al-Rashed, the former General Manager of Al Arabiya News Channel, veteran a journalist, and former editor-in-chief of the London-based Asharq al-Awsat says, “The Americans are also imitating Iran. They are resorting to proxies; militias that do the job instead of them, just like the Iranians did more than four years ago when they hired Lebanese, Iraqi, Afghani and Pakistani militias to fight on their behalf in Syria.”

While the Russians brought in S-300 surface-to-air missiles to protect the Iranian presence in Syria from Israeli shelling, it harmed the agreement to adopt the Assad regime to govern Syria and end the civil war. The Russians’ protection of the Iranians forced the Americans to expand the role of Syria’s Kurds to confront ISIS, Iran, and the Turks.

According to the Kurds, they have 60,000 fighters on the ground and 30,000 fighters being trained by the Americans. Although these numbers may be inflated, the QSD’s mission is confronting both ISIS and the Iranians.

Most of the militias consist of Kurds, and the Turks stand against them and against those who support them, and have become politically closer to the Assad regime, the Iranians, and the Russians. They seek to prevent the Kurds from being close to Turkey’s southern borders. The situation grows more complex, and the Turkish defense minister angrily noted that “the Americans are further complicating an already complicated situation.”

The American are not cooperating with the Russians in the negotiations among the Syrian parties. It wants Moscow to deal with the new policy and not have Assad govern Syria unless the Iranians and their militias get out.

But, Moscow has little influence over the Assad regime. Still, if not for the Russian air force, the Syrian regime forces and the Iranian forces would be unable to keep new territories. Without the S-300 missiles, Israeli airstrikes will kill more of the Iranian regime forces.

As well, the Russians need the Iranians to strengthen their political negotiations and achieve full victory at the end of the Syrian war.

With American militarization east of the Euphrates, they control vast Syrian areas, and therefore, the Russians have to choose between victory without the Iranians or resuming the war alongside them.