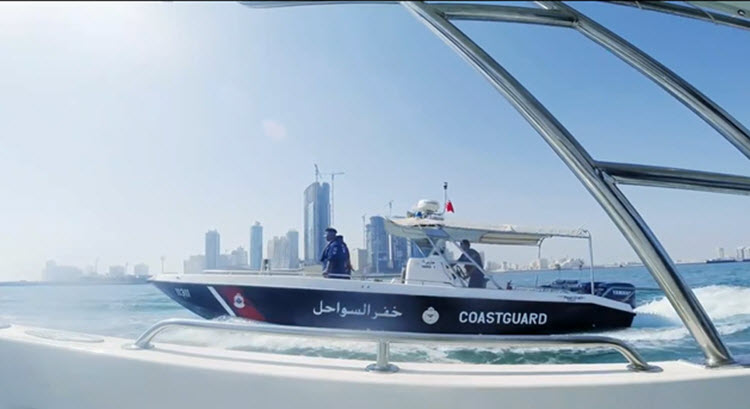 In an article published on the Gulf News website, it has been reported that Bahrain’s interior ministry confirms that there was an attempt to smuggle eight fugitives out of the country. These fugitives have been convicted over terrorism cases to Iran.

The article states that the interior ministry “has intensified efforts to locate and recapture prisoners who broke out of jail on Friday evening”. The coast guard pursued a boat off the coast of northern Bahrain and those on board were ordered to stop.

Of those who were arrested, nine had been sentenced to terms of between 10 and 15 years in prison. Another passenger was wanted by the police and the captain of the boat was also detained.

Among the items confiscated were ID cards, money, mobile phones and other personal belongings. They also confiscated a GPS and a large quantity of petrol.

The smuggling attempt was foiled as the interior ministry strengthened efforts to find and recapture the prisoners who escaped from prison on Friday evening. The ministry said that legal proceedings had been initiated.

At a security meeting to review the circumstances of the escape of 17 detainees from the Dry Dock Detention Centre, the ministry undersecretary claimed that the jailbreak happened at 8.45pm and that 11 of the detainees have been recaptured. They added that five others who assisted in the planning and execution were also detained.

There is a “massive manhunt” in place to find the other six fugitives and “the minister commended the level of cooperation from citizens and residents and said their help contributed to the quick arrests of several of the escapees”.

The minister warned those who may be helping the fugitives. He quoted Article 255 of the Penal code Law which states: “any person who either personally or through another provides shelter for a defendant accused in a serious crime or a felony that is punishable by imprisonment or against whom an arrest warrant has been issued, or a death sentence or a penalty involving deprivation of liberty has been passed, and being aware thereof, shall he liable for the punishments of jail term or fine.”