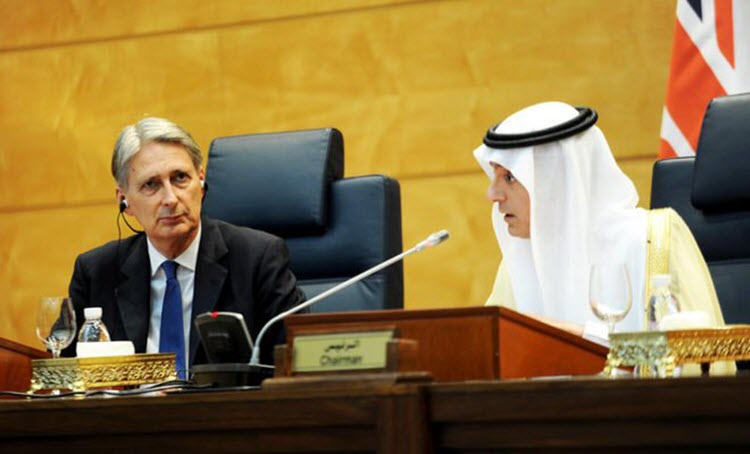 An article published on Sunday 29th May reports that Saudi Foreign Minister Adel Jubeir has stated that “that sending Iranian Shiite armed units to Iraq to participate in military operations or undergo training is unacceptable”. He said that the problem in Iraq is caused by religious conflicts that are a result of “Iranian interference”. One of Iran’s senior officers is “leading operations in Iraq against Sunnites”.

An Iranian-supported Shiite militia which operates in both Iraq and Syria is also said to be preparing “for an upcoming offensive to retake Fallujah from the ISIS”.

The Saudi Foreign Minister said that sending Iranian Shia armed units to Iraq is unacceptable and said that Iran was sowing “sedition” in Iraq. He called on Iran to stop interfering in the affairs of other countries in the region. The country, he said, needs to “stop intervening and withdraw” from Iraq in order to gain stability.

His UK counterpart, Philip Hammond, said: “Just because we’ve made an agreement with Iran on its nuclear programme does not mean that we will turn a blind eye to Iran’s continuing attempts to destabilize the region or to its ballistic missiles programme which remains a serious threat to peace and which breaches UN resolutions.”

Jubeir added that “Iran should deal with its domestic matters instead of interfering in internal affairs of other states in the region”.

In another report, Sunni politicians in Iraq condemned General Qassem Soleimani’s visit to Shi’ite paramilitary forces fighting alongside the Iraqi army “to drive Islamic State militants out of the Sunni city of Falluja”.

Several lawmakers from the Anbar province said that his visit “could fuel sectarian tension and cast doubt on Baghdad’s assertions that the offensive is an Iraqi-led effort to defeat Islamic State, and not to settle scores with the Sunnis”.

In the past few days, Iranian media has published images of Soleimani during a visit to Falluja meeting with the leaders of the Iraqi coalition of Shi’ite militias known as Popular Mobilization, or Hashid Shaabi. This is the second time he has been seen in Iraqi conflict zones. Last year “witnesses said he was present when Popular Mobilization fighters ousted Islamic State militants from cities north of the capital”.

Falluja parliamentarian Salim Muttar al-Issawi said: “Soleimani’s presence is suspicious and a cause for concern; he is absolutely not welcome in the area.” Liqaa Wardi, another MP from the city, said: “I believe that the presence of such an official from the (Iranian) Revolutionary Guard could have sectarian implications.”