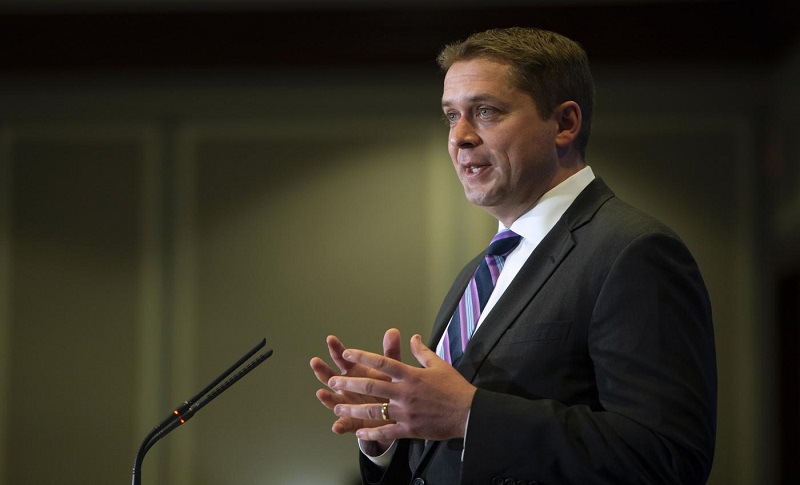 “We will target Iran, which routinely abuses human rights, has murdered Canadian citizens, sponsors terrorism and has violated nuclear treaties and at the same time, we will list Iran’s Islamic Revolutionary Guard Corps as a terrorist entity under Canadian law,” Scheer told reporters at a news conference announcing his party’s foreign policy platform.

US President Donald Trump has said the 2015 nuclear deal, which lifted sanctions in exchange for limits on Iran’s nuclear activities, left Iran able to acquire nuclear weapons and failed to address Iran’s other malign behavior, including its missile program and its regional behavior. The US withdrew from the accord in 2018.

Iran has responded by reducing its commitment to the accord by increasing its stockpile of uranium above 300 kilograms, the purity of the uranium above 3.67%, and starting to use advanced centrifuges that are banned under the deal.

At the time, White House statement quoted the US President that “This action sends a clear message to Tehran that its support for terrorism has serious consequences. We will continue to increase financial pressure and raise the costs on the Iranian regime for its support of terrorist activity until it abandons its malign and outlaw behavior.”

“This designation, which should have been implemented long ago, should be coupled with the designation of the Iranian Ministry of Intelligence and Security (MOIS)”, said Mrs. Maryam Rajavi, President-elect of the Iranian opposition coalition National Council of Resistance of Iran (NCRI), in a statement following the IRGC’s FTO designation.

She emphasized on 7 September once again that, “The solution lies in the hands of the Iranian people and Resistance who seek the overthrow of this dictatorship. The international community will also have to recognize the desire of the Iranian people and Resistance if they want to get rid of an epicenter of fundamentalism and terrorism in the world.”

On Saturday 14th September, a number of Saudi oil installations were attacked. Houthi rebels in Yemen claimed responsibility for the attack soon afterward, but it quickly became clear that this was highly unlikely.

Although Houthi rebels have launched numerous drone and missile attacks on Saudi Arabia over the past few years, they have usually been intercepted by Saudi defense systems. Or they have caused very little damage. So to have suddenly progressed to having the ability to be behind the Saudi attacks seems impossible.

A number of leaders were quick to point the finger at Iran. And after days of investigation, several other leaders came to the same conclusion. On the sidelines of the UN General Assembly in New York last week, an E3 joint statement also said that all evidence points to Iran’s involvement.

The leaders of France, the United Kingdom and Germany said that “Iran bears responsibility for this attack” and that “there is no other plausible explanation”.

The NCRI held a press conference in which it detailed the in-country intelligence(based on MEK’s information) received. It concluded that the Supreme Leader Ayatollah Ali Khamenei, the top mullah in Iran, gave the order for the drone and missile strikes.

In a 22-page report, the NCRI states that it has obtained top secret information from inside the regime about the attacks. The intelligence report indicates that individuals at the highest levels of the notorious Islamic Revolutionary Guard Corps (IRGC) directed the operation.