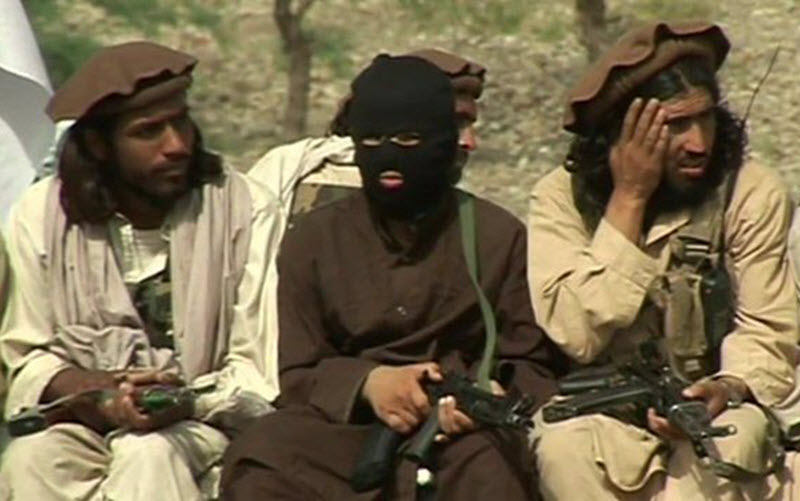 In the Middle East, Iran is a key factor behind the ongoing instability. The war in Afghanistan is essential in the context of rolling back Iranian influence. Tehran supports ideologically diverse parties in Afghanistan increasing its influence and control. Iran has more options to further entrench and export Iran’s Islamist ideology.

It has recently been in the news that senior US diplomats have met directly with Taliban representatives to discuss “reconciliation” with the official Afghan government. The US and its allies must not allow Iran to spread revolution across Afghanistan.

Journalist Steve Coll believes that the first Supreme Leader, Khomeini, inspired the first major uprising in Afghanistan against the Soviet-backed communist regime, with his revolutionary return to Iran in 1979. Captain Ismail Khan led this action in Herat province. Herat is still a bastion of Iranian power and influence under Ismail Khan, who has served as governor of the province, as well as a minister in Kabul. He continues to hold unofficial power.

During the Afghan civil war, the Iranian regime sustained its own distinct factions, the “group of eight,” including the Afghan branch of Hezbollah, that the Russians claim were completely subordinated to Tehran.

After the bloody civil war that followed the collapse of the communist regime, Iran’s relationship with the Taliban has undergone a change.

According to Thomas Joscelyn, of the Foundation For Defense of Democracies, a Taliban delegation inked an alliance with Iran’s Islamic Revolutionary Guard Corps (IRGC) in 2001, under which Iran would open its borders to al-Qaeda in both directions, and arm the Taliban.

Iran has reportedly been training, funding, and arming the Taliban for nearly two decades, and the scope has apparently significantly expanded. Afghan and Taliban officials say that Iran runs permanent training camps on Iranian territory for elite Taliban fighters — training hundreds at a time and arming them with new weapons.

In fact, the US sanctioned IRGC-QF agents for facilitating Taliban attacks on government forces in Herat as recently as October 23rd.

More than two million Afghan refugees have flowed into Iran, and more live and work illegally or legally within the country. The New York Times cited Western and Afghan officials as saying Iran has recruited scores from the Sunni portion of this population and has also begun deporting the Afghans alongside its recruitment campaigns. The recent economic collapse in Iran has also precipitated a mass exodus of Afghans back to Afghanistan.

The IRGC is also involved in the Taliban’s primary source of funding, narcotics trafficking. According to the US Treasury Department, it oversees a program granting assistance to the Taliban in exchange for opium and heroin precursors.

The US also accuses Russia of conducting drills along the Afghan border with Tajikistan and then leaving equipment behind for the Taliban. So, Afghanistan has become another aspect of the Russo-Iranian alliance. General John Nicholson, the former commander of US forces in the country says that Russian support for the Taliban from Iran only began around this time.

Now, Moscow is hosting a series of conferences on Afghanistan to promote reconciliation, even as Iran, Russia, Pakistan, and China allegedly convene intelligence meetings at the highest level that support the Taliban against Islamic State.

Nearly a third of all Afghan media is funded by Iran, according to some reports, and it has helped support various infrastructure projects throughout Afghanistan. Iran also recently surpassed Pakistan as Afghanistan’s largest trading partner.

According to a former senior Afghan government source,
“Almost every important Afghan commander has family living in Iran and most of them were educated in fundamentalist religious schools,” and nearly every major warlord or government official owes Teheran.

Yet another arm of the IRGC in Afghanistan is al-Qaeda, said to have run its “core pipeline” out of Iran since 2001, an alliance that reportedly began in the early 1990s. According to a recent UN report, Iran is arming and training the Taliban in Afghanistan and fighting alongside them against government forces.

Even the US supports the Taliban in its fight with the Islamic State in Afghanistan. But, recruits who fled persecution to Iran, Fatemiyoun brigades are an integral part of the IRGC regional proxy network. Some cadres of Fatemiyoun were previously part of the IRGC Shi’ite militias fighting during the civil war. Iran maintains expanding economic, military, and political clout throughout Afghanistan and is playing everyone against each other to disrupt the country.

Regardless of how the Western coalition chooses to proceed in dealing with the problem in Afghanistan, where the trendlines are incredibly negative along all metrics, Iranian attempts to turn Afghanistan into the next incubator for the expansion of the Islamic revolutionist be thwarted.