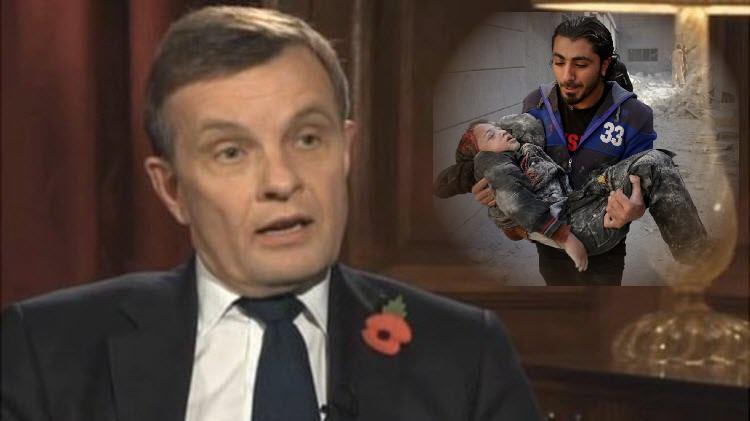 He has called for greater protection of civilians in Aleppo and urges Western nations to force Iran to end its support for the Assad regime.

Mr Jones said that although news of the ceasefire around the city is positive, it is essential that international efforts focus on “adopting urgent, robust measures to ensure that it is fully respected”.

“A verifiable, permanent end to the Assad regime’s bombing of innocent civilians in beleaguered cities must be the prerequisite to the international push to secure a political transition.” He said that Assad, and his backers – the Iranian regime and Hezbollah – must not be allowed to use talks to strengthen their position by going after innocent civilians and the Syrian opposition.

He warned that if the ongoing diplomatic process fails to act with regards to the violence it will only worsen the refugee crisis in Europe and help with furthering Daesh in the region.

Mr Jones said that the international community needs to step up in their condemnation of the Iranian regime’s counterproductive role in Syria which is being increased to compensate for the heavy losses of IRGC officers.

He highlighted the regime’s desperation in saving the Assad regime by pointing out that the Supreme Leader, Ali Khamenei, has now appointed a clergyman to be his personal representative in Syria. Another sign of their desperation is the recent propaganda campaign where the state media was recruiting child soldiers.

The developments, he said, “clearly show that the Iranian leaders have no interest in a peaceful solution to the Syrian crisis, in which 400,000 people have been killed and millions displaced, with no end in sight”. He added that the regime cannot be part of the solution as they are instrumental in provoking the crisis.

His article ended with: “Western nations must press the Iranian regime to end its financial, logistic and military support for the Assad regime or face consequences for the escalation of the violence, with the risk of punitive measures for responsible Iranian officials and entities.”