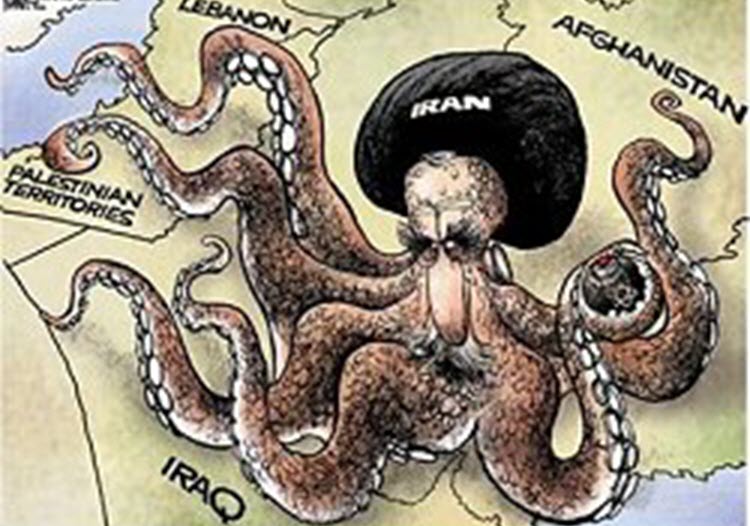 The fundamentalist mullahs regime in Iran has been founded on two main principles. Firstly, domestic crackdown. Secondly, the export of Islamic fundamentalism, terrorism and extremism. The Islamic Revolution as they call it.

Since the beginning of its existence, the West has appeased the mullahs time and time again. As a result, ISIS has been born and the Middle East is a wreck.

President Obama’s treatment of Tehran has especially been a disaster, but with the election of Donald Trump, there is new hope. It is a new opportunity for the Middle East as well as the United States to get it right at last.

Trump’s main task, and huge challenge, with regards to international matters will surely be to destroy ISIS. To do this he will have to renew and repair relations with the Sunni Arab world that President Obama destroyed. Trump will need to stop Iran in its tracks in order to stop it spreading further and further across the Middle East.

The Iranian regime has strengthened its presence in Lebanon and has thrown Yemen into war. It went on a Sunni slaughter to try and battle ISIS and now Syria is in the midst of a major crisis.

Trump needs to create distance between the United States and Assad’s regime, Russia and Iran. One way of succeeding is to improve relations with Sunnis throughout the entire Middle East. Furthermore, there will be no need for American ground soldiers to de dispatched to the area because the Sunnis can provide the manpower (as was the case in Yemen) and the U.S. can support with intelligence and air support.

Iran is thriving on causing chaos in the region. Obama, with the lifting of sanctions, made this easier for Iran. America joining with Sunni Arabs will destabilise the Iranian regime.

Obama, missing an opportunity with the 2009 uprising in Iran, and his desperation to create his legacy with the nuclear deal, permitted Iran to carry out around 3,000 executions. So now Trump has the chance to make a change. He cannot reverse the damage that has already been done, but he can make a difference for the Iranian people who crave it so much. American can stand alongside the Iranian people and the organised resistance that want a democratic Iran where the people can finally enjoy the most basic of human rights that most of the rest of the world enjoys.

Mrs. Maryam Rajavi, the President-elect of the National Council of Resistance of Iran (NCRI), has proposed a 10-point plan for a future Iran and has already got a tremendous amount of support from many politicians and officials in Washington and all over the world.