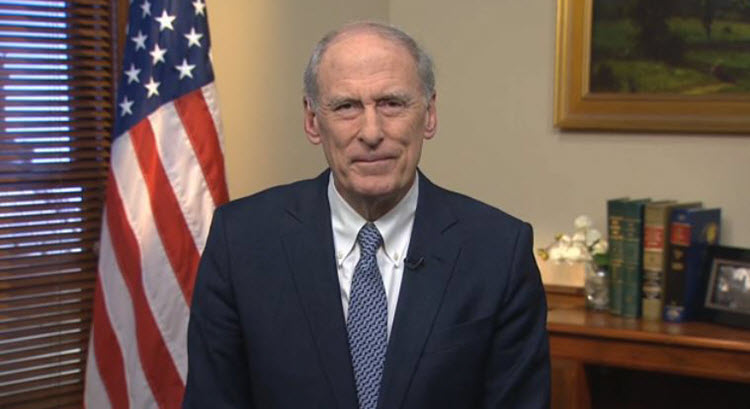 Analysts have been accusing Iran of propping up Syrian dictator Bashar al-Assad’s regime for a long time. Iran has also been named the leading state sponsor of terrorism by experts all over the world. This has recently been confirmed by the top intelligence chief Dan Coats.

Coats, the Director of National Intelligence, said that the behaviour of the Islamic Republic has not changed since the nuclear deal was signed.

The Trump administration is currently carrying out a comprehensive review of foreign policy with regards to Iran.

Officials in the Trump administration, in recent weeks, stated that Iran is still on track to be nuclear armed despite the nuclear deal.

Dan Coats also confirmed that Iran is continuing to involve itself in the affairs of other countries in the Middle East and that it is still partaking in malign and nefarious activities in the region. He said one such malign activity is its support for Assad’s regime in Syria.

Coats spoke in detail about the support Iran is giving to Assad in a recent Senate Intelligence Committee hearing regarding threats across the world.

He pointed out that as well as managing thousands of foreign fighters (mainly Afghan, Iraqi and Pakistani Shia ones), Iran provides a huge amount of financial support and trains many recruits. Iran also provides a large quantity of arms to the Syrian regime and has sent large numbers of its own forces – this includes members of the country’s Islamic Revolutionary Guard Corps (IRGC) and the Quds Force (its overseas arm) that are used by Assad as advisors.

Coats said that Iran, along with its other ally Russia, is allowing Assad to keeps its military strength.

President Trump is not following in the footsteps of his predecessor Obama who granted Iran concession after concession. He vowed to be firm before he was elected, and he is certainly not showing any signs of letting Iran get away with its malign activities. His administration has been considering expanding sanctions of several hundred individuals and entities that are affiliated with the IRGC.

Earlier in the year, Iran carried out another ballistic missile test. As a result of this, the Trump administration sanctioned 25 entities and individuals – some of whom has links to the Quds Force.

A Worldwide Threat Assessment report also indicated that Iran is still working on ballistic missiles that will be able to deliver weapons of mass destruction.