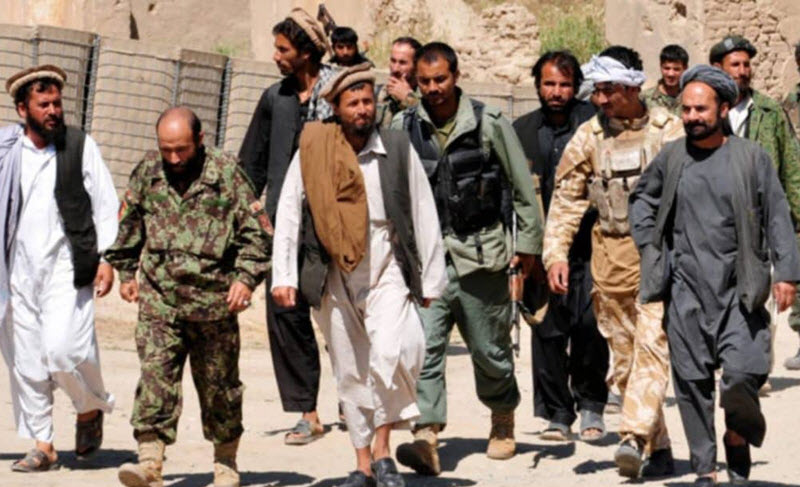 The US and six partner nations — Saudi Arabia, Bahrain, Kuwait, Oman, Qatar, and the United Arab Emirates (UAE) — comprise the The Terrorist Financing Targeting Center (TFTC) targeting the Taliban and its allies, as well as other extremists.

The TFTC has designated nine men who have undermined the Afghan government in a move intended to disrupt the relationship between Iran’s Islamic Revolutionary Guard Corps (IRGC) and the Taliban.

Although the two sides were at odds in the late 1990s, since 2001, the IRGC and the Taliban have colluded against their common enemies in Afghanistan.

Reportedly, six of the designated men have leadership roles in the Taliban. Three of them served as either the shadow governor or deputy shadow governor for the group in the Herat, Farah, and Helmand provinces. Herat and Farah are located in western Afghanistan, on the border with Iran. Two of the men are officials in the IRGC-Qods Force, which has a long history of supporting the Taliban’s operations. The ninth individual is an alleged “Pakistan-based narcotics trafficker” who provides funds to the Taliban’s Quetta shura council.

The TFTC is taking aim at Iran and the Taliban as part of a sanctions crackdown against the backdrop of violence in Afghanistan and a diplomatic crisis with Saudi Arabia. The US government has previously exposed the IRGC-Taliban nexus. The Treasury and State Departments repeatedly pointed to the relationship in official terrorist designations and other statements. [See FDD’s Long War Journal report, Analysis: Iran has supported the Taliban’s insurgency since late 2001.]

Treasury Secretary Steven Mnuchin said in remarks accompanying the bulletin, “The United States and our partners will not tolerate Iran exploiting Afghanistan to further their destabilizing behavior.” He added, “Iran’s provision of military training, financing, and weapons to the Taliban is yet another example of Tehran’s blatant regional meddling and support for terrorism,” Mnuchin said. “We are also targeting key Iranian sponsors providing financial and material support to the Taliban.”

The announcement was made by Mnuchin from Riyadh, the city in which President Trump signed an agreement to establish the Terrorist Financing Targeting Center. It follows an insider attack in Kandahar, Afghanistan, in which two senior American generals were present. Brig. Gen. Jeffrey Smiley was wounded in the shooting, according to reports, but the commander of U.S. and NATO forces in the country, Army Gen. Scott Miller was unharmed.

The insider attacks, paired with the sanctions announcement, highlight the cross-pressures that are shaping U.S. relations with allies in the Middle East. In fact, although he attended the TFTC meeting, Mnuchin canceled a trip to a major economic forum hosted by Saudi Arabia, as part of the fallout over the murder of Saudi dissident and Washington Post columnist Jamal Khashoggi, which has put a strain on Trump’s efforts to increase cooperation with Saudi Arabia against Iran. It has outraged lawmakers who traditionally support close ties with the oil-rich monarchy.

At the meeting, Mnuchin said, “The TFTC has again demonstrated its tremendous value to international security by disrupting and exposing key Taliban members who are involved in suicide attacks, and other lethal activities.”

The statement by US Treasury Department provides specific details the structure of both the IRGC and the Taliban. The ways in which illicit drug trafficking is used to fund the Afghan insurgency is also explained.

The TFTC announcement focuses on Iran’s support for the Taliban’s operations, but some of those listed are based in Pakistan. Possibly, Pakistani officials are ignoring their activities, and the US government hasn’t targeted any Pakistani officials for the assistance provided to Sunni jihadists. However, the State Department confirmed that the Pakistanis’ continue to provide safe haven for the Taliban’s senior leadership.

The US Treasury Department’s announcement says the TFTC “will continue to actively target those providing financial support to the Taliban until there is a negotiated peace settlement.” But such a settlement may be difficult to achieve while Pakistan continues to harbor the Taliban’s leaders, who collude with the IRGC and profit from a worldwide narcotics trafficking network.