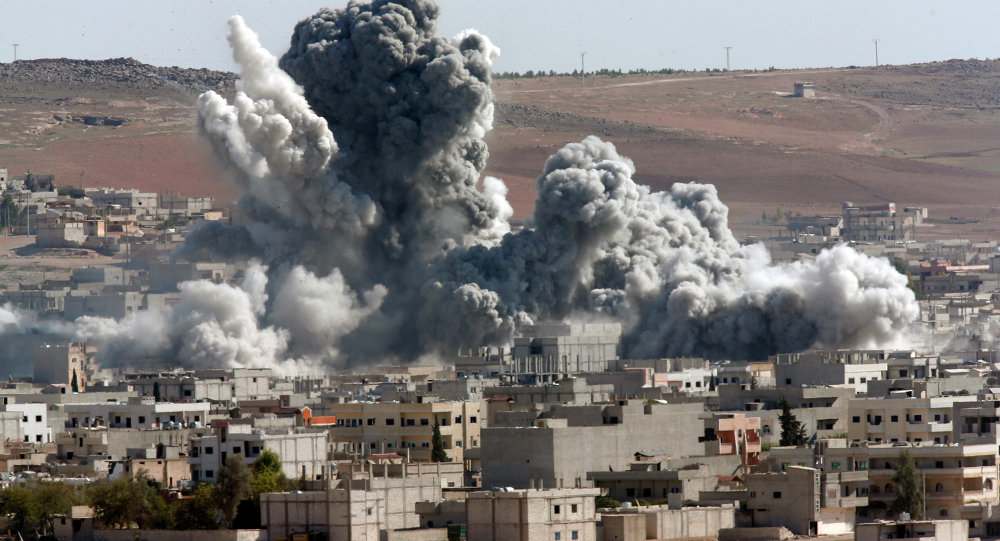 by Staff writer, SF
The Iranian Regime entered the Syrian Civil War for two main reasons. They thought that by crushing the Syrian uprising and helping to keep the Basar Assad dictatorship in power, they would discourage the Iranian people’s protest and make Assad so grateful to them that he would allow Syria to become an Iranian proxy.

Now, the Regime fears that they may have won the war, but will not reap the rewards, as other players like Russia, Turkey and the US plan a long-term endgame and the Iranian people’s uprising roars through the nation once again.
The Iranian people broke out in nationwide anti-regime protests in December 2017 calling for, among other things, an end to the Regime’s malign military adventures with slogans like “My life for Iran, not Gaza, not Lebanon”.

Terrorism
Iran has dressed up the war in Syria as a fight against ISIS, but the Iranian people will not be fooled. They see the war, which started after the Arab Spring uprising, for what it really is; an attempt to gain control, keep a fellow dictator in power, and protect its Lebanese proxy Hezbollah from being toppled.

If Iran was truly concerned about terrorism, they wouldn’t sponsor so many terrorist cells across the Middle East and they might have fought the Afghanistan Taliban during the 1990s.
The war at home
The Iranian Regime has always been more concerned about interfering in foreign projects than helping its own people and this will be the Regime’s undoing. The Iranian people see these military ventures as nothing more than a drain on the failing economy and interference in other nation states.

The Iranian Regime’s main defence of these projects, aside from “fighting terrorism” which we’ve already explained is a false narrative, is fighting Israel. The Regime tells its people that their support of terrorist cells and international interference is necessary to defeat Israel, but the Iranian people do not want war with Israel.
They want peace in their region, a working economy, and a democratic country, which isn’t run by the Regime’s suppressive forces.
The Iranian people are not fooled by the Regime’s excuses for being in Syria and the rest of the world should not be either. The Iranian people deserve a free and democratic country and they will rise up until they get it. The international community should support the Iranian people’s uprising, as it is the only hope to achieve peace in the Middle East.