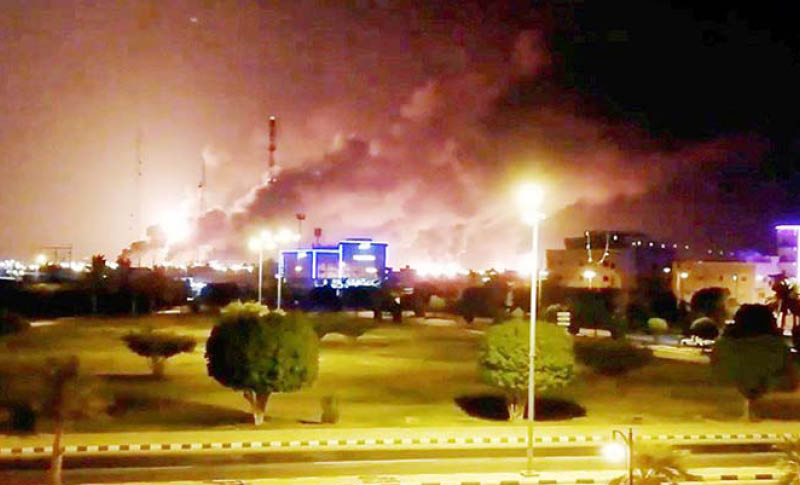 Early on the morning of Saturday 14th September, an attack on a Saudi oil processing plan, the biggest in the world, marked increased escalation between Saudi Arabia and Iran. A number of projectiles hit the Abqaiq plant which caused several fires. The damage was devastating and it affected almost half of Saudi Arabia’s oil production.

Concerns about the global oil supplies were also voiced, considering that it represents 5 per cent of the world’s daily output.

The attack on the plant was claimed by Houthi rebels in Yemen and it was immediately clear that Iran was behind the incident. The Houthi rebels have certainly not been able to increase its capabilities to such an extent that it could pull off such an attack. The Houthis are responsible for hundreds of missile and drone attacks on Saudi Arabia but they have usually been intercepted by Saudi defence or caused minimal damage.

US Secretary of State Mike Pompeo, only hours later, took to Twitter to say that there is “no evidence” that the attacks came from Yemen. He said: “Iran has now launched an unprecedented attack on the world’s energy supply.”

Tehran is behind nearly 100 attacks on Saudi Arabia while Rouhani and Zarif pretend to engage in diplomacy. Amid all the calls for de-escalation, Iran has now launched an unprecedented attack on the world’s energy supply. There is no evidence the attacks came from Yemen.

However, Kellyanne Conway, a senior counsellor for the White House, refused to say whether the United States would launch a retaliatory strike, but she did say that there were a number of options on the table.

President Trump spoke to Saudi Crown Prince Mohammad bin Salman after the attacks. The deputy secretary for the White House, Judd Deere, said: “The United States strongly condemns today’s attack on critical energy infrastructure. Violent actions against civilian areas and infrastructure vital to the global economy only deepen conflict and mistrust.” He also said that the United States will take the necessary steps to ensure that the global oil markets are well supplied and stable.

Secretary Pompeo reminded Iran that despite all the calls for de-escalation, the country decided to launch “an unprecedented attack on the world’s energy supply”.

However, a senior commander of the notorious Islamic Revolutionary Guard Corps (IRGC) said that the country was ready for war. Commander Amirali Hajizadeh said that Iran’s missiles can reach “all American bases and their aircraft carriers in a distance of up to 2,000 kilometres”.