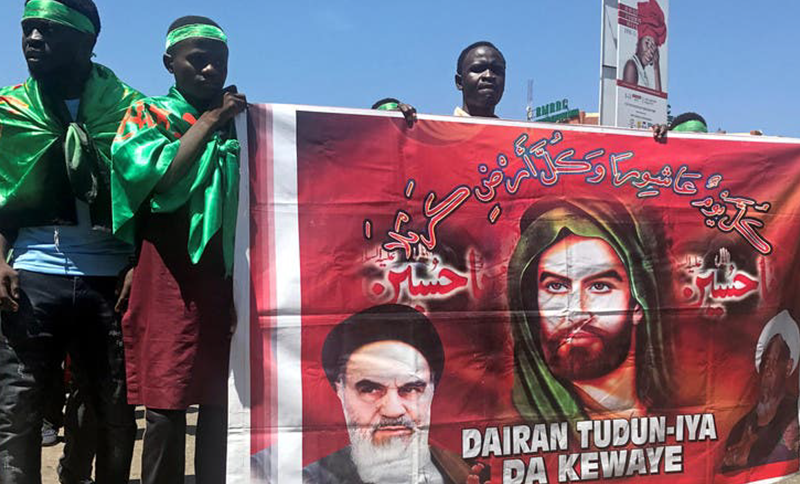 The Nigerian government has banned a Shiite organisation that is funded by Iran. The group, named the Islamic Movement in Nigeria (IMN), is promoting the idea of Nigeria becoming a republic state like Iran. The Nigerian government has also designated it as a terrorist organisation. There are fears that the military-trained leaders may participate in launching an insurgency.

The group has allegedly been using violence towards the state and it has been pressuring the authorities to release the leader, and founder, of the organisation – Sheikh Ibrahim Zakzaky.

In December 2015, Zakzaky, a Shiite cleric, was arrested following a raid by the country’s government on the organisation’s offices. This incident led to hundreds of deaths and casualties. Zakzaky was subsequently sent to jail after being convicted of a number of charges including disturbing the peace, murder and manslaughter, and unlawful assembly.

The IMN has been calling on the government to release their leader and protests and demonstrations have been marked by violence.

Iran has also called on the Nigerian government to release Zakzaky. Iran has been providing extensive support to the organisation, particularly in terms of financing.

Zakzaky founded the IMN group during the eighties and it is said that its inspiration was the Islamic Revolution engineered by Supreme Leader Ayatollah Khomeini in Iran. It strongly supports an Islamic government in Nigeria, in the same style of the Iranian government.

It has been reported that the members and followers of the organisation voice their allegiance to Khomeini, even before Zakzaky. It is clear through promotional material that Khomeini is the organisation’s main influence.

The organisation has been described by analysts as one of Iran’s many proxy groups. Iran has a large number of proxy groups scattered across the region and much further beyond. There are many concerns that the proxy groups will spring into action should the tensions in the Gulf escalate even further.

It is unknown just how much financial support Iran is giving to the IMN but the groups is expanding in Nigeria. A network of organisations, Shiite mosques and schools have been funded, or at least partly funded, by the Iranian government.

The Iranian government has also spoken publicly about its support for the IMN and in 2015 Iranian President Hassan Rouhani personally appealed to the Nigerian President to stop the authorities cracking down on the organisation.

With the designation and banning of the organisation, it is clear that the Nigerian government believed that an insurgency was either imminent or in the pipeline. The members of the organisation have received a high level of military training and considering the influence of Iran, it is certainly possible that an attack against the government may happen.

However, given the history between the organisation and the Nigerian government, and in particular the government’s forceful response to the IMN, there is an increased chance of escalating the tensions in the country.

It has been said that the organisation has been based on the model of Iran’s notorious Islamic Revolutionary Guard Corps (IRGC).