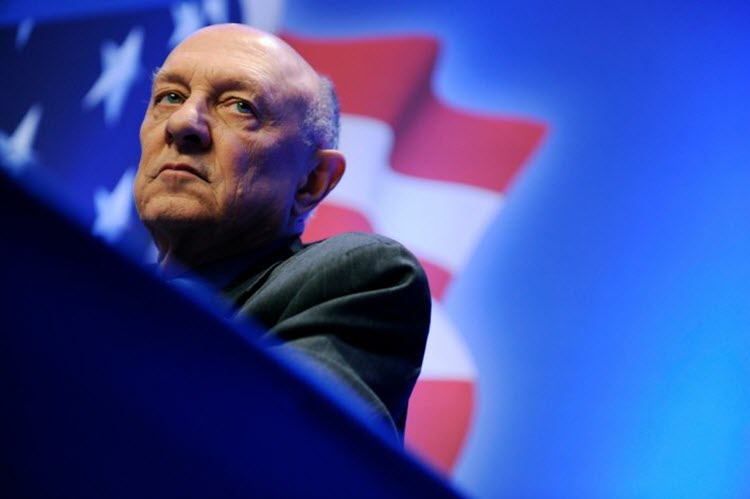 In a discussion on CNN, former CIA Director during Bill Clinton’s presidency James Woolsey (also chief U.S. spy from 1993-1995) has advised that President-elect Donald Trump should work towards weakening Iran. He believes that this should be central to Trump’s foreign policy plan.

He said that Iran is the main problem in the Middle East and predicts that it will be for the foreseeable future. The Iranian regime needs to be stopped and he is sure that worse it to come. He added: “It is important to fracture Iran’s support for any of its proxies in the Middle East.”

He pointed out that Iran and the United States have some shared interests (i.e. defeating the Islamic State), but said that this was no reason for Trump to not dismantle the power of Iran in the region.

He said that it would be a tactical decision to dismantle Iran, explaining that it is sometimes necessary to befriend one enemy to defeat the other. He gave the example of the United States befriending Stalin in 1941 in order to defeat Hitler, adding that it was a good decision.

Regarding the United States weakening Iran as a focal point of foreign policy, Woolsey said: “I think Iran is our main problem in that part of the world and I think that it’s going to be for some time, because it’s a theocratic totalitarian set of revolutionaries and, I’d say, imperialists. They want to build an empire.”