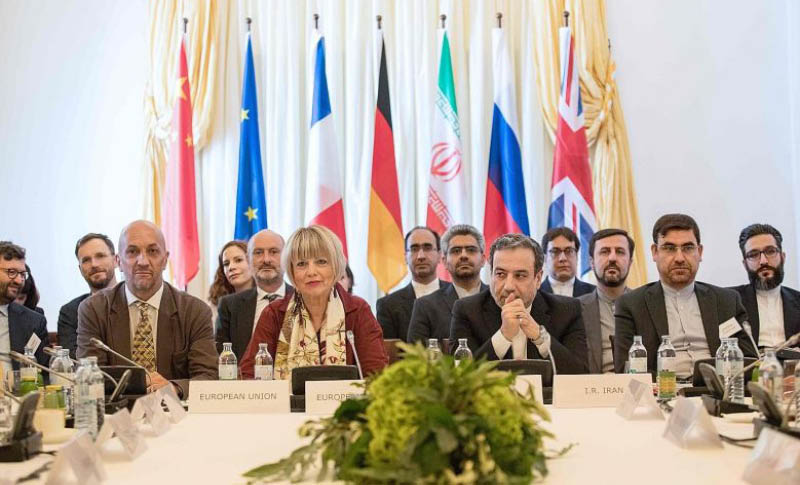 Former British defence secretary Liam Fox will say tonight, September 18, that the Iran nuclear deal is “dead” and that the UK must accept this fact and join the US in trying to get Iran back to the negotiating table using diplomatic and economic force.

Fox, who was in the cabinet until Boris Johnson’s reshuffle in July, will give a speech to the Heritage Foundation, tonight in Washington, where he will caution that the 2015 agreement was “flawed” from the start and attempts to keep it going are “futile”. This will essentially serve as a call for Johnson to join Donald Trump in pulling out of the deal.

Britain, along with France, Germany, Russia, and China, has remained in the pact, which gave sanctions relief on the Iranian regime in exchange for restrictions on its nuclear programme. But since Johnson took power, there are renewed calls for the UK to leave the deal.

In a piece previewing the speech for The Telegraph’s website, Fox writes: “Following the decision of President Trump to withdraw, the Joint Comprehensive Plan of Action is dead and European attempts to salvage it are futile. Britain should follow the US lead and operate a policy that would reduce Iranian oil exports to zero in an attempt to force a change of behaviour from the [Supreme Leader Ali] Khamenei regime.”

He continued: “The agreement has been shown to give scant, and only short term, reduction in Iran’s ability to develop nuclear weapons. The original aim of halting Iran’s nuclear weapon programme now offers merely a delay with the problem left as a toxic legacy to future governments.”

This comes as tensions continue to rise between Iran and the West after the Iranian regime attack on two Saudi oil facilities, with King Salman of Saudi Arabia calling on fellow world leaders to “shoulder [their] responsibility in condemning the perpetrators” and “clearly confronting” those behind it.

The drone and missile attacks, which the Iran-backed Houthi rebels in Yemen have claimed responsibility for, knocked out 6% of the total global oil production. But Saudi defences, pointing South to prevent an attack from Yemen, failed to stop the missiles raising suspicions that the attack came from elsewhere, according to a senior US official.

At the same time, Iran regime’s supreme leader ruled out talks with US officials “at any level” on Tuesday, to which US vice president Mike Pence tweeted that the “maximum pressure campaign against the Iranian regime is working”.

America’s maximum pressure campaign against the Iranian regime is working. And if Iran conducted this attack to pressure the President to back off, they will fail.

Mrs. Maryam Rajavi, the President-elect of the National Council of Resistance of Iran (NCRI), described the attack on a neighboring country’s oil installations a major step and a new phase in the warmongering aggressions of the religious dictatorship ruling Iran, adding that exerting power and decisiveness is the only language the mullahs understand.

The clerical regime’s simultaneous missile and drone attacks from inside #Iran on oil installations in Saudi Arabia is an act of war. #FreeIranhttps://t.co/aBFN3HndB6 pic.twitter.com/6wGXVcanaS