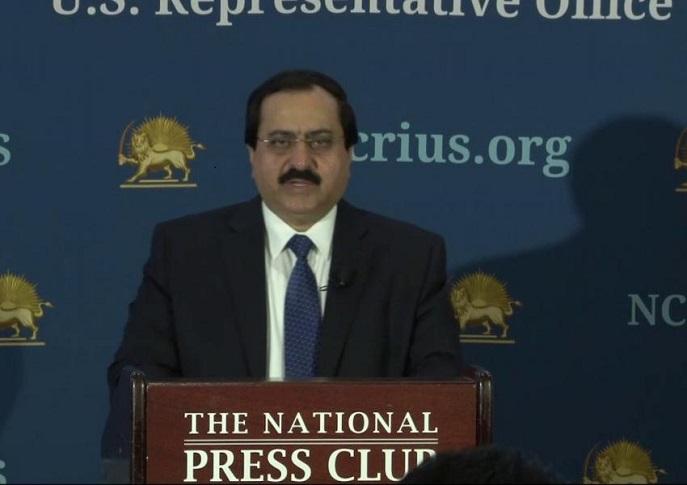 On Saturday 14th September, a number of Saudi oil installations were attacked. Houthi rebels in Yemen claimed responsibility for the attack soon afterward, but it quickly became clear that this was highly unlikely.

Although Houthi rebels have launched numerous drone and missile attacks on Saudi Arabia over the past few years, they have usually been intercepted by Saudi defense systems. Or they have caused very little damage. So to have suddenly progressed to having the ability to be behind the Saudi attacks seems impossible.

A number of leaders were quick to point the finger at Iran. And after days of investigation, several other leaders came to the same conclusion. On the sidelines of the UN General Assembly in New York last week, an E3 joint statement also said that all evidence points to Iran’s involvement.

The leaders of France, the United Kingdom and Germany said that “Iran bears responsibility for this attack” and that “there is no other plausible explanation”.

The main opposition to the Iranian regime – the National Council of Resistance of Iran (NCRI) – held a press conference in which it detailed the in-country intelligence(based on MEK,s information) that has been examined. It has concluded that the Supreme Leader Ayatollah Ali Khamenei, the top mullah in Iran, gave the order for the drone and missile strikes.

In a 22-page report, the NCRI states that it has obtained top secret information from inside the regime about the attacks. The intelligence reports indicate that individuals at the highest levels of the notorious Islamic Revolutionary Guard Corps (IRGC) directed the operation.

The NCRI details the timeline of the whole operation and indicates that commanders from across the country were deployed. The strike was approved during a Supreme National Security Council meeting on 31st July. Iranian President Hassan Rouhani and Foreign Minister Mohammad Javad Zarif were in attendance at the meeting.

At the press conference, the deputy director of the NCRI’s office in Washington Alireza Jafarzadeh said: “The simultaneous missile and drone attack on Saudi Arabia’s oil facilities on September 14, 2019, emanated from inside Iran and was a blatant act of war that Khamenei, Rouhani, Zarif and other regime heads were responsible for in deciding, approving and implementing.”

The Iranian regime, despite the overwhelming evidence to suggest otherwise, continues to deny its involvement in the attacks on Saudi Arabia.

Although on Tuesday, October 9, 2019, Amir Ali Hajizadeh, a senior commander of the Revolutionary Guards’ Aerospace Force, had said that Iran’s military forces are busy day and night digging tunnels in the mountains to protect IRGC personnel and munitions. In an interview with a state-run TV channel, Hajizadeh mentioned that a “Missile City” is going to be built under the ground and the idea for this goes back to 1984, when “the first missile entered our country’s defense system.” Hajizadeh also revealed that for the same reason, during the 2013 nuclear talks with Iran, negotiators were more concerned about the mountain-embedded Fordow site rather than the Natanz and Arak nuclear facilities.

The NCRI highlights that the Iranian regime is in a hopeless and desperate situation. It is trying to divert the attention away from the major domestic dissent that it is battling with.

The NCRI urges the UN Security Council to reinstate the resolutions regarding the regime’s nuclear weapons program. It also calls for the IRGC and its militias to be expelled from Afghanistan, Iraq, Lebanon, Syria, and Yemen and for the European Union to put the Supreme Leader, his offices, the IRGC and the Ministry of Intelligence and Security (MOIS) on the terrorist watch list.

The NCRI also calls on the international community to recognize the people of Iran’s struggle for freedom, human rights, and democracy that can only be achieved with regime change.