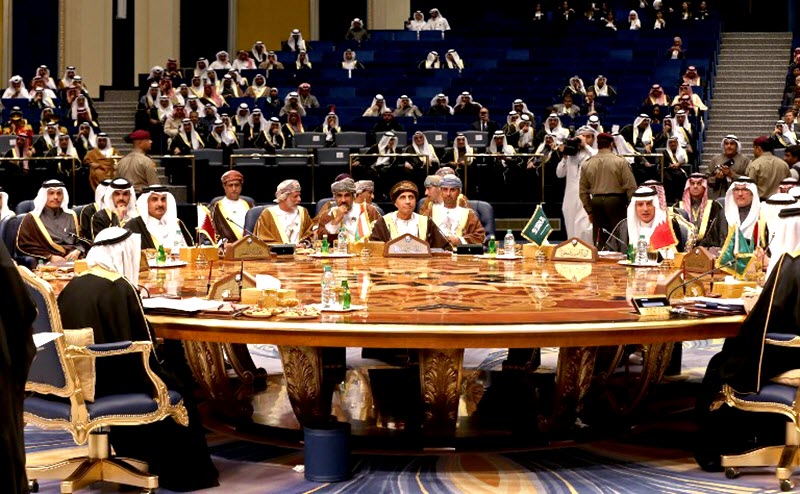 As they wrapped up an annual summit on Tuesday, the Gulf Cooperation Council blasted Yemen’s Houthi rebels and Iran. However, they did not discuss the Qatar crisis, said to be the worst in the bloc’s history.

In a joint declaration, the six-nation regional alliance affirmed the importance of preserving the GCC’s existence, which was allegedly threatened by a bitter dispute between its members.

Kuwait Foreign Minister Sheikh Sabah Khaled Al-Sabah said in a news conference, “The holding of the summit amid these delicate situations proves the faith and conviction of GCC leaders in this organization.”

Originally scheduled to last two days, the summit was shortened to one day. The absence of the leaders of Saudi Arabia, the United Arab Emirates, and Bahrain, was noted. These countries, along with Egypt, severed political and economic ties with Qatar six months ago.

The Kuwaiti minister said, “We appreciate the level of representation of any country and highly evaluate that the six member states have participated in the summit.”

The GCC secretary-general Abdullatif al-Zayyani responded to questions about whether the summit discussed the dispute, “This meeting was to reaffirm the solidarity within the GCC states and their joint work.”

The Gulf states called for faster integration of programs like the common market and the customs union to achieve complete economic unity by 2025, and affirmed, “the important role of the GCC, its cohesion and unity among members”, reiterating their resolve to fight terrorism and extremism.

The GCC members strongly condemned the killing of former president Ali Abdullah Saleh in an alleged Houthi attack, south of the capital, Sanaa.

The Houthis’ leader hailed the news as a “great and significant occasion”. Abdul Malik al-Houthi said they had foiled a “conspiracy” by a Saudi-led coalition backing the government, to whom Mr Saleh had made peace overtures. The Red Cross estimates that at least 125 people have been killed and more than 230 people injured since clashes broke out on Friday.

The statement said that GCC members called for unity of all Yemeni groups and parties, including the party of Saleh, to “get rid of the Houthi militias which are following and being backed by Iran,” and condemned “all terrorist actions carried out by Iran and its continued interference in the internal affairs and Arab countries.”

GCC leaders said they are committed to working with the administration of US President Trump in confronting terrorism and Iran’s expansionist policies in the region.