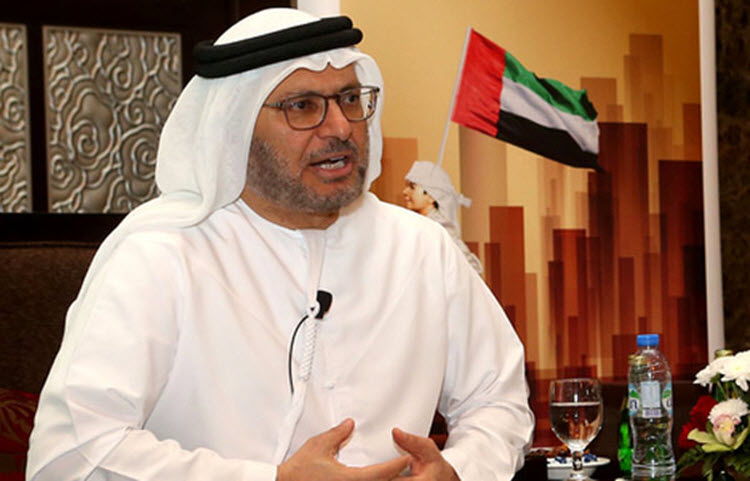 In his address to the 147th session of Arab League’s Council meeting on Wednesday,

This approach is based on Tehran’s non-interference in other countries’ affairs, their acceptance that the Iranian revolution is an internal matter unfit for exporting into Arab countries, and Iran’s acceptance of the principle of basing nationality on citizenship, not sectarianism. WAM quoted him as saying, “These are the foundations (of the relations) collectively adopted by the GCC countries and until Tehran agrees to them, it remains as a country with intervention and expansion plans that undermine our Arab security and stability.”

Dr. Gargash added, ”It is important we bring to the Arab League Council’s attention that Iran is still playing a role in undermining the Arab security and stability, which is evident in many crises taking place in Syria, Yemen and Bahrain. It is unacceptable for us when someone says that they control four or five Arab capitals.”