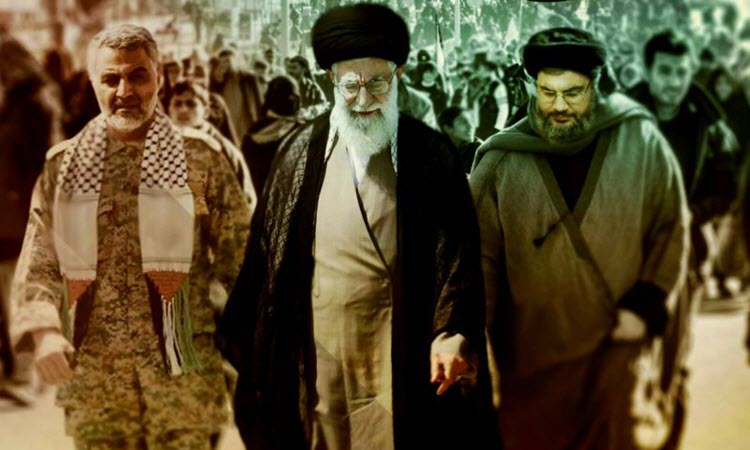 Relations between the Islamic Republic of Iran and the United States continue to deteriorate. Iran refuses to comply with norms accepted by the international community and is boasting that it plans to launch “roaring missiles”. It has already launched several ballistic missiles that were capable of carrying a nuclear payload.

Iran has also stepped up its support of Houthi rebels in Yemen with the supply of weapons. They are using the weapons to target the missile defence units employed by Saudi-led coalition units as well as to threaten shipping lines in Bab el-Mandeb and Saudi Navy ships.

In the Strait of Hormuz there have been several instances in which Iran has threatened US Navy ships, with warning shots fired on one occasion to warn off the Iranian boats that were approaching at fast speeds.

The Iranian regime knows that its military is weak, but it is trying to appear strong so it can benefit from leverage with the new US administration. This is especially important now that President Trump’s approach is vastly different to the approach of President Obama who went to great efforts to appease Iran.

President Trump has issued new sanctions and is open to the Iranian opposition. He has been told by many experts that Iran is central to all the problems in the Middle East and is the main obstacle that is stopping peace and stability settling in the region.

His administration keeps issuing warnings about further action that will be taken if Iran continues to carry out missile launches, but the threats were initially being dismissed as empty. As time goes on and more sanctions are imposed, voices in the Iranian regime are being silenced.

International security is in jeopardy. The Lebanese Hezbollah is being funded and armed by Iran and its involvement in the crisis in Syria is deep. In Iraq, in a supposed fight against ISIS, Shiite proxies are wiping out Sunni minorities.

The way to target the Iranian regime is via its Revolutionary Guards (IRGC). To designate it as a foreign terrorist organisation, as the administration in Washington is currently weighing up, would hit it in the weakest spot. It would hit the main pillars of the regime and will stop Iran from being able to reach beyond its own borders.

It would also show the people of Iran that their human rights are valued by the West and that the abhorrent rulers of their country will be held accountable.