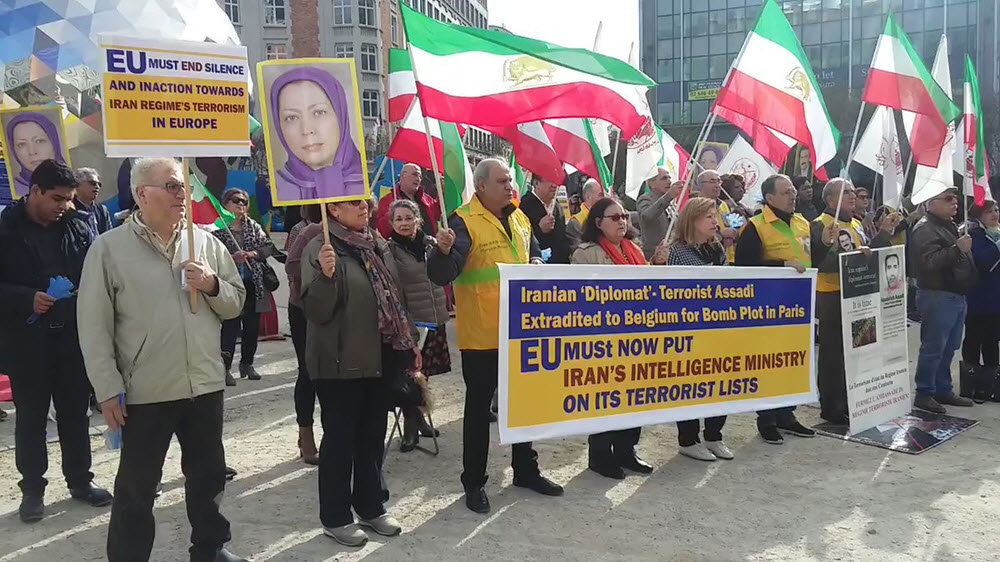 The European Union announced new sanctions targeting the Iranian Regime on January 8 because of the mullahs’ terrorist plots and assassinations in France, Denmark and the Netherlands.

The Dutch Foreign Ministry wrote, in a statement outlining the need for sanctions, that there were “strong indications that Iran was involved in the assassinations of two Dutch nationals of Iranian origin” in 2015 and 2017 and that “hostile acts of this kind flagrantly violate the sovereignty of the Netherlands and are unacceptable”. They also explained that ambassadors from Belgium, Germany, Britain, France, Denmark, and the Netherlands had visited the Iranian Foreign Ministry in Tehran “to convey their serious concerns” about Iran’s behaviour.

Given that the Regime is used to receiving no consequences for its actions in the West, the mullahs planned and carried out a multitude of against its opposition in Europe and the US throughout 2018, but then the US began hitting back last year (i.e. reimposing sanctions on Iran) and Europe began hitting back this year.

In response to the nationwide anti-regime protests that began in late 2017, the Iranian Regime decided to attack its main opposition, realising the constant threat that they pose to the Regime.

In March, they tried to attack the Iranian Opposition’s New Year Celebration in Albania, where a great number of opposition members have taken refuge.

When that plan was thwarted, the Regime tried to bomb a gathering of the Iranian Opposition coalition, the National Council of Resistance of Iran (NCRI), which was attended by over 100,000 people. This time, the Regime used diplomat to Austria Assadollah Assadi, who was a sleeper agent for the Iranian Intelligence Ministry. (Assadi is one of the men targeted by the new EU sanctions.) Thankfully, this attempt was again thwarted. Then France expelled an Iranian diplomat and said they had no doubt that the Iranian intelligence ministry was behind the plot.

In July, the Netherlands expelled two Iranian diplomats linked to the murders of Iranian dissidents. While Albania expelled the Iranian regime’s ambassador.

Reza Shafiee, a member of the Foreign Affairs Committee of the NCRI, wrote: “What Albania did was setting a good example in dealing with the ruthless regime in Iran. For years, the EU tried to bring the Iranian regime to the table and showered it with incentive packages. Now, the regime has turned around and bit the hand that has been trying to feed it for years.”

How to stop Iran

There is a simple way to stop the Iranian Regime for committing terrorist actions in Europe: Expel the EU’s intelligence agents and end diplomatic relations with the Regime, as per the 1997 EU Council of Ministers’ declaration.