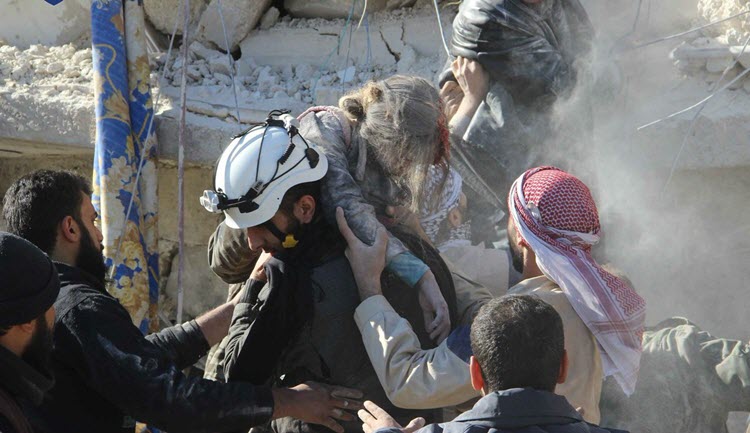 Heshmat Alavi, a political and human rights activist, raised questions about what Iran’s policy will be after Trump in an article on The Daily Caller.

He said that after the election of Trump, the Iranian regime is right to be concerned. It took advantage of President Barack Obama’s appeasement policy and used it to support ally Bashar Assad in the war in Syria. As the situation stands now, over half a million Syrians have been killed, and a further 10 million have been displaced.

Alavi said that the Iranian regime is very concerned about how it can keep hold over the region – especially Syria. Events started peacefully in Syria, but Assad opened fire on demonstrators, causing the Free Syrian Army to form in August 2011.

Iran deployed the IRGC (Revolutionary guards) to command troops fighting the opposition forces. Alavi said: “Assad followed Iran’s orders in launching chemical weapons and mass murdering civilians in a suburb near Damascus back in 2013. Unfortunately, the international community failed to respond adequately, as Obama literally held back any possible measures by the West to safeguard his legacy defining nuclear deal with Iran.”

The prolonged Syrian war led way to the rise of Daesh. Alavi said: “Yet it goes beyond doubt that Iran, Assad and former Iraqi Prime Minister Nouri al-Maliki launched massive crackdown campaigns against Sunnis in both countries in the name of battling Daesh.”

U.S. Secretary of State John Kerry previously said: “ISIS was created by Assad releasing 1,500 prisoners from jail and Maliki releasing 1,000 people in Iraq who were put together as a force of terror types.”

The cost of the campaign in Syria is huge for Iran. It has to pay for all the non-Syrian forces that are battling to keep Assad in power – estimated to be more than $80 million – plus fees for families and widows etc., raising the cost to more than $1 billion per year. Then there is the expensive military equipment and weapons.

Speaking about the future, Alavi said that obviously Donald Trump has a very complicated Syria dossier to deal with. But the Middle East is on the edge of “triggering a conflict of global proportions and consequences”. Because of Iran, Iraq and Yemen are also facing devastation.

Recently eleven Arab states issued a letter to outgoing U.N. Secretary-General Ban Ki-moon regarding Iran’s meddling in the Middle East. This and a House of Representatives resolution calling for sanctions against Syria have sent strong signals to the Iranian regime.

Trump’s administration needs to realise how destructive Iran’s influence is and how it has spread terrorism to Europe and beyond.