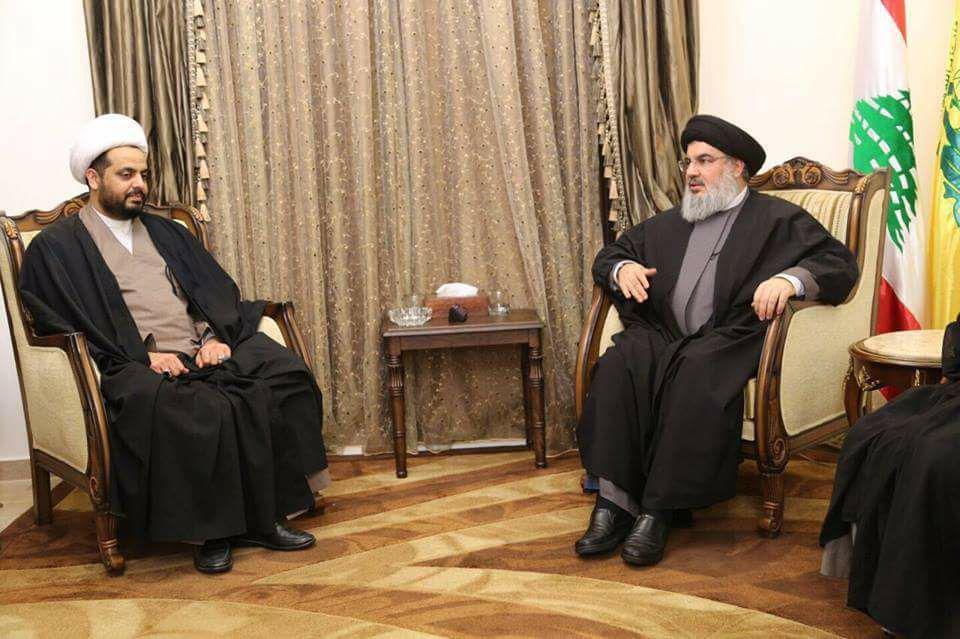 Qais Khazali, the head of the Iraqi Popular Mobilization Forces (PMF) militia was reported as having visited Kafr Kila on the Lebanon-Israel border. The Iraqi PMF is said to be affiliated with the Iranian Islamic Revolutionary Guard Corps, commanded by Maj. Gen. Qasem Soleimani. Therefore, in the context of the ongoing regional conflict, this can be seen as a dangerous development.

Khazali’s militias are located alongside the rest of PMF in Syria, so he was closer to the Syrian-Israeli borders. As well, the Iraqi militia leader was in military uniform.

According to Abdulrahman Al-Rashed, former general manager of Al Arabiya news channel, and former editor in chief of Asharq Al-Awsat, in an article for Arab News, the “Appearance of IRGC-affiliated militia leader Khazali on Lebanon-Israeli border is a provocative act that aims to expand the circle of conflict.”

Al-Rashed believes that if Khazali were to visit the occupied Syrian Golan, he might be targeted by Israeli forces. Al-Rashed says further, “Iran has sent Khazali to Lebanon because it wants to drag the country into a new war with Israel, which has previously threatened to launch an attack against Lebanon’s Hezbollah, similar to that of 2006.” Claiming that Iran was behind the war in 2006, when an Israeli soldier was abducted amid tensions with Iran, Al-Rashid says that when Hosni Mubarak, the former Egyptian president, secured a deal to free 1,000 Palestinian prisoners in exchange for the Israeli hostage, Syria, who he believes represented Iran, derailed the deal. Following this, Hezbollah attempted to abduct Israelis near the Lebanese border, but instead, killed them. The resulting war waged by Israel against Lebanon, was Iran’s objective, according to Al-Rashid.

In his recent speech, Gebran Bassil, the Lebanese foreign minister, said, “In Lebanon, we do not run from our destiny, which is to fight and resist until martyrdom. Jerusalem is part of our identity. We only live as free people and rise in the face of every occupier.”

Al-Rashid writes, “When Iran dominated Syria, Lebanon became concomitant to the outcomes of the war and its settlements. Iran’s dominance has increased to the extent that it now dares to send its militias and their leaders to the Lebanese-Israeli border in order to drag the country into a new war.”

It seems that the question is: will this become a new stage of Lebanese political life, where the Islamic Republic of Iran runs Lebanon’s affairs?