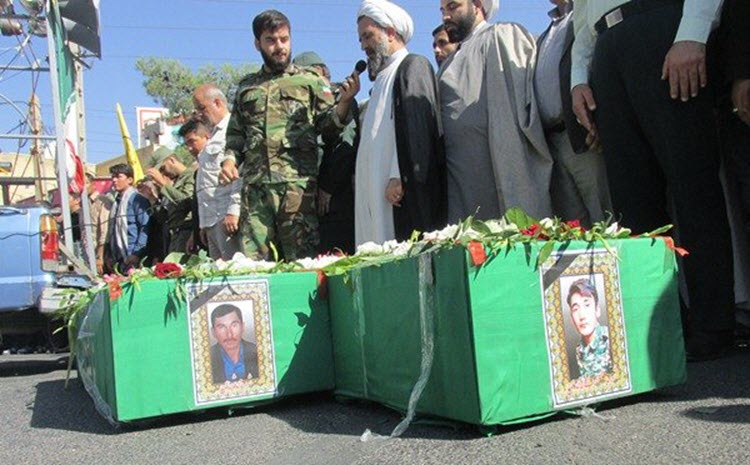 According to the state-run media, 35 Afghan militants affiliated with Iran regime have been killed and buried in Syria in the last 3 weeks. These militants were the member of Fatemiyoun Division of the IRGC that have been killed in the suburbs of Al-Tanf, eastern Hums and the south of Deir-ez-Zor.

According to the reports, the burial ceremonies of these mercenaries were held in villages and cities of Iran. It is noteworthy that Fatemiyoun Division is a militant force affiliated with the terrorist Qods Force and it members Afghan Shiites. This militant group fights in the Syrian civil war in favor of Assad and against his opposers. A young man named Seyed Mahdi is currently the commander of this Afghan militant group.

There are many reports on how Iran attracts these people to fight in the Syrian civil war. Some incentives such as paying money and giving residence permit for their families in Iran encourage the Shiite Afghanis and Pakistanis to participate in regional wars.