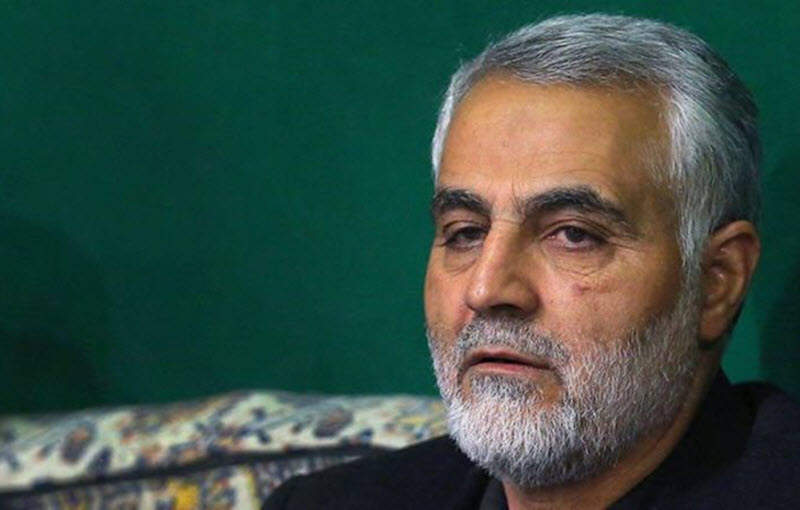 A senior Iranian general responsible for arming the militias responsible for the murders of 179 British soldiers in Iraq is the mastermind behind Iran’s foreign policy, according to a new BBC documentary.

The programme will detail how General Qassem Suleimani, the leader of Iran’s terrorist Quds force, has been influential in Iran’s regional aggression since at least the 1980s when he began organising Hezbollah in Lebanon.

From there, he became the leading force behind Iranian policy in Iraq, where he armed Shia militia with Explosively Formed Projectiles (EFPs) to kill British forces based in Basra in order to keep Iran destabilised.

Brigadier Gareth Collett, the commander of the task force to trace the origins of the EFPs, said: “We knew Iraq didn’t have the technology to design them itself, So the intellectual property and the means of creating an EFP to devastating effect was coming from Iran. This was backed up by the numbering and lettering of packages that we see as found them in caches.”

While General David Patreus, commander of US forces in Iraq, said that Suleimani “seemed to have more power than any single person” in the Allied forces and that it was “obvious” that Iran was recruiting Iraq Shia Arabs, training them in Iran, and sending them back with very sophisticated weapons.

Western forces have been tracking Suleimani for years, even once launching a raid on the convoy thought to contain him, but he has proved elusive. This raid resulted in retaliation from Suleimani, which involved the kidnapping and execution of five US soldiers, and showed the power that the Iran-backed forces had.

Major General Jonathan Shaw, former commander of the British Army Iraq, said: “Suleimani was pulling strings from afar. Iran supplied the militia with explosive devices. We knew it was happening but we simply couldn’t stop them coming in. Their bombs got bigger, our protection got bigger. It was an intimidation campaign orchestrated by him – keeping the heat on us, saying we’d better get out.”

He is also credited with propping up the Bashar Assad regime in Syria, preventing the people from getting the freedom they have long been fighting for, and helping to hide the 9/11 plotters unless the US would attack the Iranian opposition for him.
Suleimani even confirmed, via a message delivered by Iraqi PM Nouri al-Malik, that he had control over Iran’s foreign policy as far back as 2007.

Former Mossad Chief Danny Yatom explained that Suleimani’s so-called “Shia crescent” strategy in the Middle East is easy to work out because they obviously want to create “a land corridor which would link Tehran to the Syrian coast in the Mediterranean via Iraq”.

However, it is important to note that Suleimani, like the Regime as a whole, is only able to do this because of the wrongful appeasement policy of the West towards Iran. The Regime is made of cowards who crumble under pressure. If the West truly wishes to counter the Iranian regime and criminals like Suleimani, they need to end the appeasement policy.