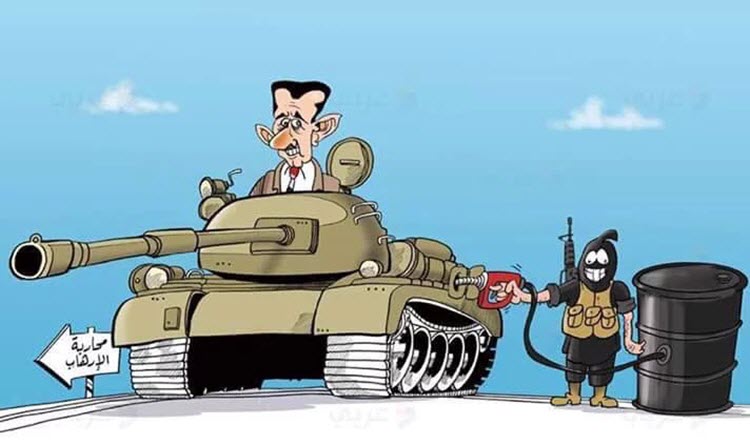 Their report gives an in-depth insight into the main concerns, causes and possible solutions to the ongoing threat that Daesh poses, not just in the Middle East, but also in Europe and further afield.

The ISJ states that a policy is “urgently needed as the Syrian crisis and the rise of Daesh have undermined our security in Europe”. They also say that Western governments have failed to and even avoided adopting a decisive policy against Syrian dictator Bashar al-Assad. The result of this is that it has left the moderate opponents alone in the face of simultaneous attacks by Daesh, Assad and the Russians.

The ISJ has given a list of recommendations which they suggest should be taken into account along with “firm security measures in Europe and airstrikes against Daesh”. These recommendations are:

1.Ouster of Bashar Assad should be set as the prime target of EU’s strategy in Syria while  encouraging the US to adopt the same direction;

2.The moderate opposition, especially the Free Army of Syria, should be supported militarily and specifically with air-defence batteries;

3.Removal of foreign military forces from Syria, especially Iran’s Islamic Revolutionary Guards Corps (IRGC), Hezbollah and their affiliated militias, should be a fixture of the EU’s position during the peace talks;

4.The formation of a no-fly zone with help from the US and Turkey;

5.Supporting democratic Muslims who advocate a tolerant Islam in Europe and on the international arena as the strategic antithesis to extremism under the banner of Islam.

The ISJ highlighted the relations between Iran and Daesh, in particular the parallel activities of the two, and pointed out that “both parties are nurtured by each other politically and even militarily”. For example, Iran’s Supreme Leader, Ayatollah Ali Khamenei delivered a speech in which he declared America the main enemy and that “Takfiri groups must not distract us from the main enemy”. They emphasise that “Daesh uses the same rationale in describing its relations with Tehran” and the two sides “are practically tolerating each other”. RGC Brigadier General Ahmadreza Pourdastan, Commander of the Iranian Ground Forces, said that they warned Daesh about approaching the Iranian border within 40 kilometres – Daesh acted immediately and cleared the zone.

Regarding the relations between the Iranian regime and Assad, the ISJ say that not much of a search is needed. “Without Iran’s military, financial and political support, Bashar Assad would have been toppled in 2012.” It is well-known that Iran supplies Assad with funds, lethal weaponry and the “manpower to massacre”.

In a final set of recommendations, the ISJ emphasise that Assad must be ousted otherwise Daesh would not be effectively eliminated, the exodus of refugees towards Europe will continue, it will be impossible to expel foreign military including the Iranian regime and their militias from Syria, and finally, the security, military and civil structures of Syria will not be saved.

The full report can be read here.