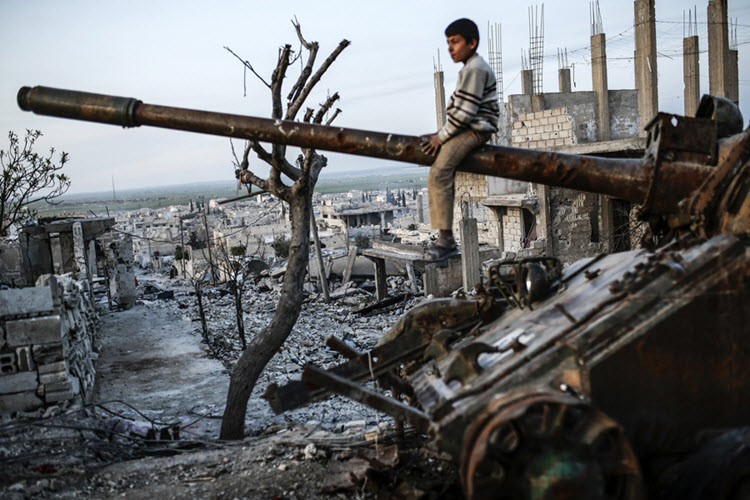 In an article published on The Hill’s website, Shahriar Kia describes how Iran is getting more and more involved in the war in Syria. The Revolutionary Guards now have over 60,000 troops on the ground – 8,000 of which are agents of the Quds Force, as well as thousands of mercenaries from Afghanistan, Iraq, Lebanon and Pakistan. He said the “Green Berets”, the 65th Nohed Brigade, has also been dispatched – a strong indication of the desperate measures the Iranian regime is taking in preventing Assad’s downfall as this is their first mission in more than two decades.

Another indication of their desperation is the fact that supreme leader Ali Khamenei has appointed a personal envoy in Syria, similar to what he has in each of Iran’s provinces.

Mr. Kia said that the Iranian regime’s “meddling in Syria has not come without a cost” – a huge number of casualties have been reported and many senior officers have been killed.

In their desperation, the IRGC have even released a propaganda video recruiting children to fight in Syria. Mr. Kia said that the “methods of propaganda and the used lyrics are alarmingly familiar to the methods used by the mullahs during the 1980s Iran-Iraq War” in which children were used for mine sweeping duties.

Iran is deploying thousands of Afghans living in Iran to the front-line in Syria. These Afghans are refugees that do not have any documents, are unemployed and are living in poverty. They are offered up to $600 per month to fight in Syria and are promised full Iranian citizenship on their return. If they are killed, they are told that their families will earn full citizenship.

Mr. Kia emphasises that “the appeasement policy pursued by the West vis-à-vis Iran has been the main contributor to the Syrian nightmare and the rise of Daesh (ISIS). Iran’s die-hard support for al-Assad and his lethal crackdown against his own people prepared the grounds and facilitated Daesh morphing from the corpse of al-Qaeda.”

He advises that the West needs to sponsor “the urgent removal of Bashar Assad from the throne” in order to resolve this terrible political and humanitarian crisis in Syria. US President Barack Obama plays a key role in this, he says, and ignoring the issue is only going to make matters worse in Syria and further afield in the Middle East. He said: “Iran’s intervention in Iraq and Syria is the root of this entire dilemma. If peace is sought in both Iraq and Syria, the Iranians must first and foremost be evicted.”