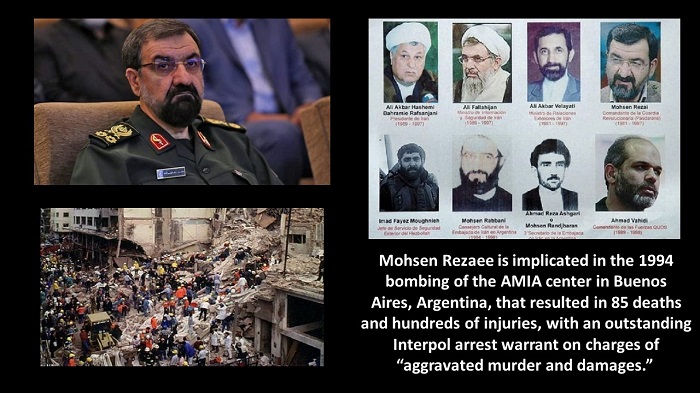 Family members of the victims of the bombing at the Argentina-AMIA Jewish Center building, which occurred 27 years ago, remembered their loved ones on Sunday and requested that the case be investigated.

The Jewish charity building in Buenos Aires was converted into a pile of ashes on July 18, 1994, when a car bomb with a heavy explosive detonated. The explosion killed 85 individuals and injured over 300 others. The operation was planned in such a way that the perpetrators wouldn’t be found.

Survivors of the brutal terror attack claimed they were “outraged” that after all these years, Argentina’s justice has yet to convict anyone.

Under the banner “27 years without justice, but full of memories,” a memorial service for the victims of the AMIA building explosion was held virtually this year.

Argentina’s President Alberto Fernandez also paid respect to the victims’ families on Twitter, stating, “We must unite against impunity in memory of every one of the victims and in honor of those who have lost their loved ones.”

Huge disclosure By NCRI and MEK

The National Council of Resistance of Iran (NCRI), and the People’s Mujahedin of Iran (PMOI / MEK Iran), made a huge disclosure three weeks after the terrorist attack, which drew the attention of the media outlets.

The plans to carry out the bombing were decided at a meeting of the Iranian regime’s Supreme National Security Council, according to information released by the Iranian Resistance. On August 14, 1993, in the presence of military advisers and fixed members, and after formal confirmation by the Supreme Leader Ali Khamenei, Ali Akbar Hashemi Rafsanjani, ordered Brig. General Ahmad Vahidi, then commander of the IRGC-Quds Force, to carry out this attack.

Vahidi delegated the mission’s implementation to the regime’s terrorist diplomats, Ahmad Reza’eh Asghari and Mohsen Rabbani, as well as Hezbollah’s Imad Fayez Mughniyeh, at a meeting of the Quds Force’s Command Council.

Carlos Menem’s credibility was shattered once the corrupt deal was revealed by the Washington Post in January 2007. The case’s investigating judge, Juan Jose Galeano, was also arrested for obstructing the legal process.

Alberto Nisman led the new investigation team after the incident. Finally, on October 26, 2006, Argentina’s federal prosecutors filed formal charges against Rafsanjani and seven of his cabinet ministers, demanding their arrest.

Coordination of the terror attack

At the time of the incident, Ali Akbar Velayati was Iran’s foreign minister, and he was actively involved in the decision and subsequent coordination of the terror attack.

Alberto Nisman’s body was discovered at his house on January 12, 2015, next to a 22mm caliber colt. His assassination occurred on the same day that he planned to speak behind closed doors at a congressional committee, revealing a billion-dollar deal between Cristina Fernandez Kirchner’s government and the Iranian regime.