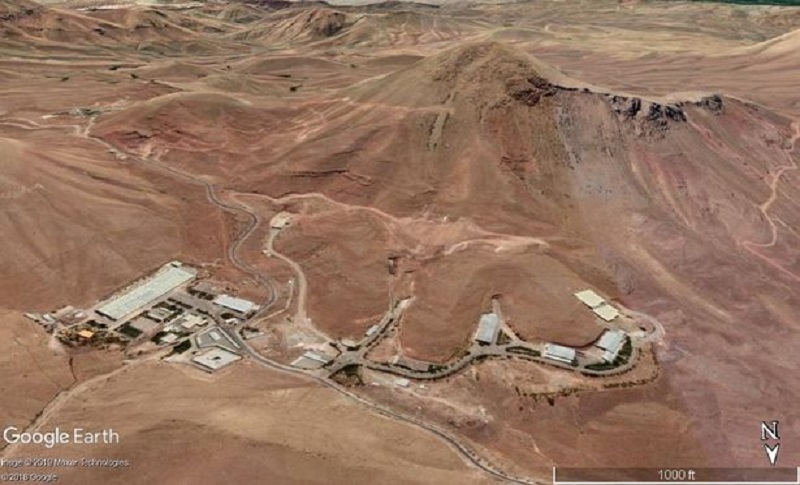 It has been reported by the Daily Star publication in the United Kingdom that Iran is getting ready for war.

The main opposition to the Iranian regime, the National Council of Resistance of Iran (NCRI), has previously disclosed information and images related to missile sites that have not been seen before. The missile sites are spread the whole way across Iran.

The Daily Star said that Iran’s hidden bases are well-concealed with up to perhaps five layers of concrete in order to protect against missile strikes and bombings.

The British publication said that the biggest of these secret sites are known as “Code 7500” and is at the Khojir base just outside the country’s capital, Tehran. It is said to have a tunnel that extends to around one kilometer in length and is packed with numerous missiles. Images of the site indicate that there are at least three roadways around the site that then burrow into the hillside.

At the site, it is believed that the regime has been working on the Shahab 3 medium-range missiles.

The Daily Star has published a number of the photos that it was given by the People’s Mojahedin Organization of Iran (PMOI / MEK).

The Iranian regime is one of the most corrupt in the world and there have been many concerns about its behavior from the international community, most notably from the United States and Saudi Arabia in recent years.

The Trump administration in the US has been pushing back on the Iranian regime’s belligerence, calling it out for its malign actions and holding it accountable. A serious of sanctions have been re-imposed or imposed and President Trump pulled out of the Joint Comprehensive Plan of Action (JCPOA), or the 2015 Iran nuclear deal as it is more commonly known.

The United States has been criticized for its treatment of Iran and many have said that President Trump is pushing for war. However, war is not in the interests of any party, not least the Iranian regime that simply cannot afford a war. Nor can it expect to win one.

On the other hand, many have praised the Trump administration’s treatment of Iran, pointing out that finally Iran is being held accountable. However, there is still a long way to go.

All you need to know about the #Iranian regime’s clandestine nuclear program:

Many of the extensive and complicated webs of tunnels that have been burrowed out have existed since between 1997 and 2002, some are decades older. The NCRI has said that these underground networks serve the purpose of hiding missiles and even as launching sites should there be any threats to the country.

The sites are likely to be very heavily protected and extremely secure with mobile phone signals being blocked around bases.

The extent of Iran’s missile activities and its history of belligerence are areas that should have the international community on high alert.