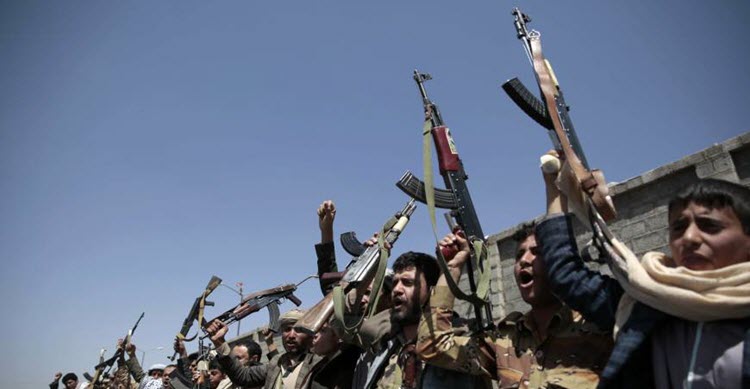 According to reports from Saudi state news agency SPA, two crew members were killed and three more injured on Monday in an explosion on a Saudi warship that was attacked by the armed Houthi movement. The incident happened off the West coast of Yemen.

The Saudi-led coalition fighting in Yemen released a statement saying: “A Saudi frigate on patrol west of Hodeidah port came under attack from three suicide boats belonging to the Houthi militias.”

The rear of the vessel was hit by a boat, provoking an explosion and fire. This caused the two deaths. The three injured people are said to be in a stable condition.

This is one of several attacks in the past six months that has been carried out by the Iran-allied Houthi group that controls Yemen’s capital. Not only does the Iranian regime back the Houthis, it also finances and trains them.

A military official said: “The Saudi warship was involved in aggression against western coastal cities and Yemeni fishermen.”

The Houthis have also reportedly launched a ballistic missile on Tuesday morning. It is said to have taken place on the island of Zuqar between Yemen and Eritrea at a Saudi-led coalition military base.

It is not yet known if there are any casualties and the coalition did not immediately react to the claim.

This is just one more incidence in an escalation of violence on the west coast of Yemen between the Iran-backed, trained and financed Houthis and the coalition backing Yemen’s government.