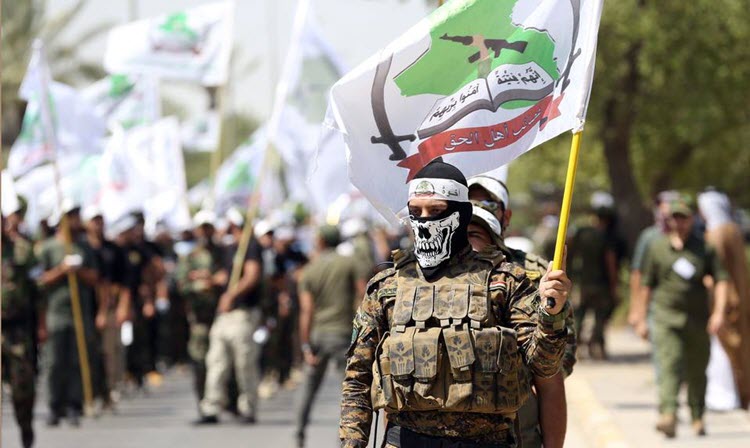 The Popular Mobilization Units (PMU), also known by the Arabic label al-Hashd al-Shaabi, is a group of Iran-backed Shiite militias in Iraq. The threat posed by the PMU is tremendous for Iraq because it is highly dangerous and it is willing to do anything to carry out the requests of the Iranian regime across the region.

The PMU has been involved in the Syrian conflict since mid-2013 and took part in the offensive to take Mosul from ISIS.

One of the reasons for the growing concern is because the PMU has been committing serious human rights violations and crimes against the people in areas that have been taken back from ISIS. The PMU has also been carrying out revenge attacks on Sunnis leaving such areas.

Amnesty International said: “Paramilitary militias nominally operating as part of the Iraqi armed forces in the fight against the armed group calling itself Islamic State (IS) are using arms from Iraqi military stockpiles, provided by the USA, Europe, Russia and Iran, to commit war crimes, revenge attacks and other atrocities.”

It also said that the same arms have been used to “facilitate the enforced disappearance and abduction of thousands of mainly Sunni men and boys, torture and extrajudicial executions as well as wanton destruction of property”.

Amnesty International named the following four militia groups as being the ones which carried out the most serious crimes and human rights abuses: “Munathamat Badr (Badr Brigades or Badr Organization), Asa’ib Ahl al-Haq (League of the Righteous), Kata’ib Hezbollah (Hezbollah Brigades) and the Saraya al-Salam (Peace Brigades).”

Human Rights Watch said previously that the pro-government militias are responsible for committing atrocities amongst civilians. A year ago it warned: “Members of Shia militias, who the Iraqi government has included among its state forces, abducted and killed scores of Sunni residents in a central Iraq town and demolished Sunni homes.”

It is known that the PMU follows orders from Tehran and works for the interests of Ali Khamenei – Iran’s Supreme Leader. The Iranian opposition has warned about the regime’s meddling in Iraq. The National Council of Resistance of Iran (NCRI) said: “Commander of Iraq’s al-Hashd al-Shaabi militant group affiliated to the Iranian regime, referring to the possibility that these mobilization forces are present in Syria to help Assad regime for more killings and massacre of Syrian people, claimed that Hashd al-Shaabi could help Syria to get rid of terrorism.”

The PMU will move across the region unless the international community calls for an end to it and Iran’s meddling. The Iranian regime’s meddling is central to the conflict in the Middle East and as long as it exists there will be no peace in the region.