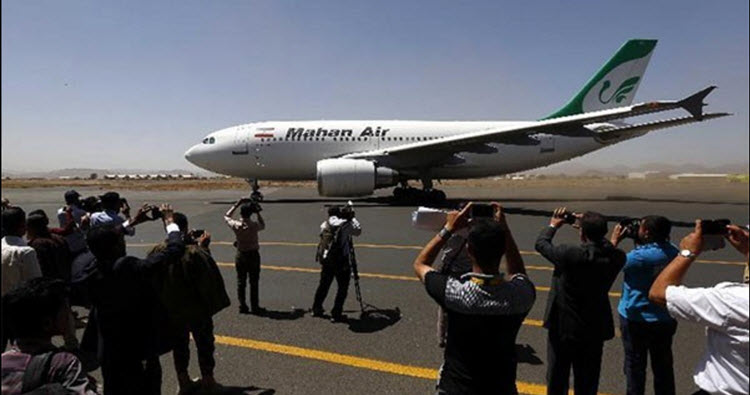 It has been revealed that the Islamic Republic of Iran is using civilian planes to send military personnel and ammunition to Syria and Yemen.

An Islamic Revolutionary Guard Corps (IRGC) official told Armed News that troops are sent to the war zones on civilian flights where they are hidden at the back of the plane. They leave via a separate door at the back away from the other passengers on the flight.

The MEMRI institute which analyses news stories from the Middle East translated reports from Iran and state that large amounts of ammunition are shipped in the cargo hold of civilian flights by Iran’s Mahan Air to war zones in Damascus in Syria and Sana’a in Yemen.

The official said that “last year, one of these airliners transported regular passengers [as well as] military forces and ammo from Iran to Syria, and on its way back to Iran, it brought dead and injured Iranians, Syrians, Afghanis, and Pakistanis for treatment or burial in Iran”.

An official said that a flight arriving in Sana’a airport in 2015 that was full of weapons and ammunition had to abandon its landing because of the threat of Saudi bombers. Also, due to the bombings at the airport, the military cargo would not have been able to be unloaded. At the time, Iran claimed that the cargo area of the place was full of aid supplies such as food and medication, but the IRGC admitted it was transporting weapons and ammunition for the Houthi rebels in the country.