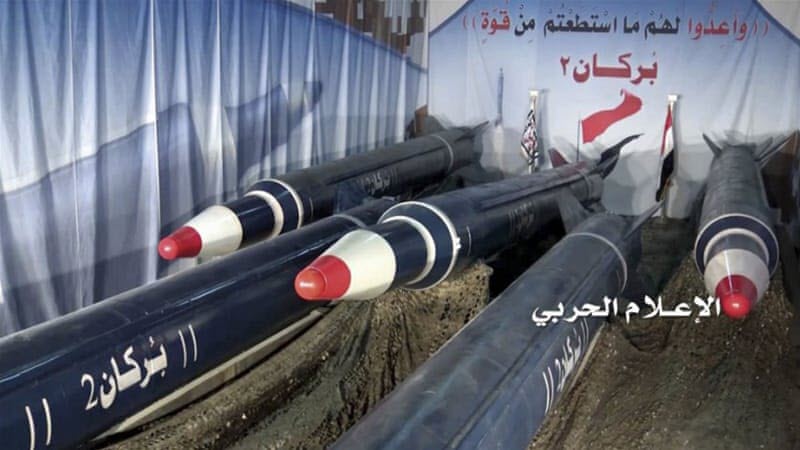 Last weekend, the Houthi rebels in Yemen launched a ballistic missile towards the capital of Saudi Arabia. It was intercepted by air defence in the Kingdom and was brought down near the city’s international airport. Luckily there were no casualties because such a missile could have caused numerous injuries and deaths.

The President of Iran, Hassan Rouhani, defended the missile launch earlier this week. His comments were made during a meeting of government officials in the country’s capital. He said that the Houthi rebels had no other option but the use of a ballistic missile as a way to confront the Saudi-led Arab coalition in Yemen.

President Rouhani, during the same meeting, said that his country’s intervention in the affairs of other countries in the region was absolutely necessary. He said that without Iran’s intervention, the development and welfare in countries like Yemen, Iraq and Syria were in danger.

However, it is clear for all to see that Iran’s intervention, better described as meddling, in the region is sparking conflicts and fuelling ongoing crises. It is for this reason that the Trump administration in the United States is working towards the implementation of a strategy, comprehensive and all-encompassing, that will counter Iran’s malign influence.

Despite the tense relations between the former Obama administration and the kingdom of Saudi Arabia, relations are now better than ever in view of their mutual distrust and concern about the Iranian regime. Saudi Arabia felt that the Obama administration had prioritised its relationship with the Islamic Republic of Iran over that of the kingdom. The situation was particularly tense when the United States led the negotiations for the 2015 Iran nuclear agreement.

Like Saudi Arabia, President Trump has been very outspoken and open about his thoughts on the Iranian regime, and following an official visit to the kingdom in the early days of his time in office, President Trump made it very clear that he would support all efforts to counter the mullahs regime.

A few days after the weekend missile attack, the White House issued a statement with its condemnation of the Houthi’s actions. The statement highlighted that the Houthi rebels are threatening security in the region.

Condemnation of the attack also came from France via its foreign minister Jean-Yves Le Drian.

The French foreign ministry also said that the country was taking the allegations made by the United States very seriously. The US had said that Iran was in serious violation of a couple of UN Security Council resolutions and it urged Iran to ensure that it complies with each and every international commitment it has made.

In related news, a publication of an official Iranian newspaper – the Kayhan – has been suspended for two days. It has a front-page story stating that the next target of the Houthi rebels will be Dubai. The decision was made by the county’s judiciary and it was an effort to minimise the embarrassment is it bringing on itself after Rouhani said that Iran is going to continue to play its role in the Middle East.