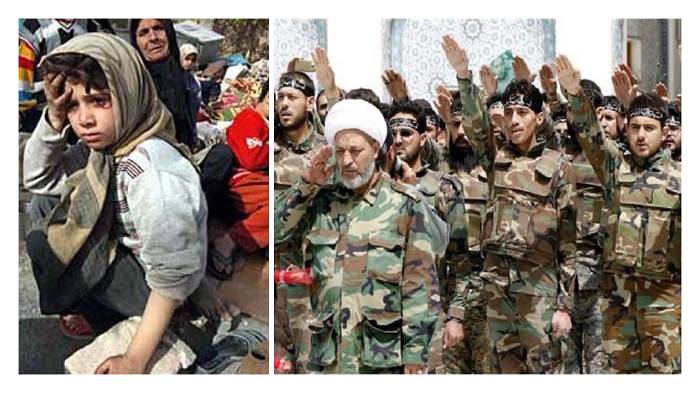 The Syrian Human Rights Observatory announced that during the airstrikes that took place on Sunday morning, 14 members of Iran-backed militia groups were killed. These militias were sent by Iran to Syria to keep Syrian dictator Bashar al Assad in power.

Those that were killed had been stationed in bases near Deir Ezzur city in the eastern part of the country. There were a high number of casualties and it is thought that the death toll will likely rise as the militia members succumb to their serious injuries. Most of the individuals were Iraqis and Iranians.

More #‌Iran Regime’s Militants Die in #Syria
Five fighters from the Iran-backed #Afghan Fatimioun militia have been killed in Syria, whilst fighting on behalf of the Bashar Assad dictatorship… https://t.co/3oVJuYJ4MF pic.twitter.com/HRxff2ylvf

It is no surprise that many of these individuals are Iraqi nationals. The regime has used men from abroad for many years, in particular Afghan refugees.

Reports from Iran indicate that at the end of last month, the regime sent officials to the Central Prison of Karaj to recruit fighters to go to Syria to work alongside Assad’s side. Such people have been described as “cannon fodder” showing just how brutal the regime is.

To recruit individuals, the officials visiting prisons go for people that have been charged with murder or even kidnapping who have long prison terms to serve. They are, of course, promised that if they go to Syria, they will be released from prison.

The Iranian regime relies heavily on its involvement with Syria. Since the beginning of the Syrian Civil War in 2011, the Iranian regime has spent tens of billions of dollars there. Iran has been sending men, weapons, and financial support there, much to the disgust of the people of Iran who have seen their country’s wealth be plundered.

Iran wants to avoid Bashar al Assad being overthrown at all costs and it has spent so much that it cannot abandon its plans there.

A member of Iran’s parliament said earlier this year that Iran has probably spent between $20-30 billion on Syria over the past few years, however, the main opposition (PMOI / MEK Iran) and (NCRI) to the Iranian regime estimates the true figure to be up to $100 billion.

This member of parliament, Falahatpisheh, emphasized that this is the money of the people. He spoke about the major uprising that was sparked by the hike in fuel prices in November last year, saying Iran has some very serious economic problems.

Iran should, in all rights, be a very rich country because of the massive bed of oil it has. However, many people in Iran are living in poverty, with more and more people sliding further down into absolute poverty.

Falahatpisheh emphasized that Iran can resolve its budget issues, but the funds are spent on “other things”.

The people of Iran are sick of the regime’s interference abroad and know that without its exploits abroad the regime will simply collapse. Reform is something that the regime is completely incapable of and the people are certainly going to be the force behind its demise.

Ali Khamenei directly blamed the Iranian main opposition the People’s Mojahedin Organization of Iran (PMOI / MEK Iran) for the uprising. Widespread protest in November uprising covering 200 cities was certainly inspired by the MEK, the explosive potential of the society did not escape many experts on Iranian affairs’ sees the potential remains and has even grown a lot following the coronavirus crisis.

Many have described society is simmering with discontent, ready to boil over with another uprising. And with each uprising that occurs, it pushes the regime even closer to the edge.