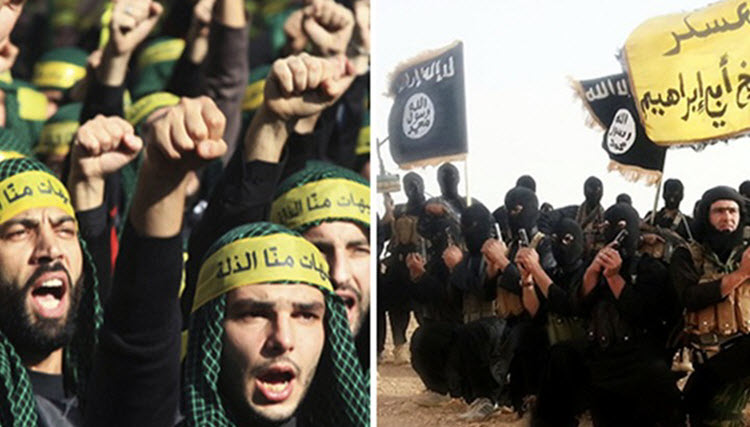 The war in Syria can no longer be described as a civil war. A more accurate description would be a clash of coalitions and opposing blocs. Iran’s presence in Syria is by far the most dangerous. In fact, in Iran’s involvement in propping the Syrian dictator up, Assad ironically seems to play a very small role. The Iranian regime is commanding Assad’s troops and has a much higher ratio of forces.

Iran, with its huge financial wealth and the copious number of weapons that goes with it, has deployed jihadist agents all over the region to help in its domination of the Middle East.

And Iran has been able to do all this without facing any serious repercussions from the international community. The US has been focused on fighting the Islamic State, thus ignoring the even bigger threat of the Islamic Republic of Iran.

It was the West that actually emboldened Assad so much that he carried out attacks with chemical weapons. And because the West turned a blind eye to the activities of the Iranian regime, Iran started to meddle even more in many other states, namely Bahrain, Iraq, Lebanon and Syria.

US allies were troubled by this, so much so that they formed a coalition of Sunni states to counter the threat.

However, things changed at the beginning of the month when the US sent a message. A loud and clear message. The missile attack on the Syrian air base where the chemical weapons attack was launched showed that the US had no choice but to act morally when faced with such a cruel and immoral act.

It was also a message to make it clear to Assad and his allies that the US was enforcing a red line. Washington shows that it will not just use its military to target ISIS. Some experts believe that the strike could also be a deterrent to other anti-Western forces regarding the use of such weapons.

The strike earlier in the month was the first one carried out by the US against one of the members of the Iranian-led coalition.

Analysts say that Washington needs to make it known to all of Iran’s pro-Assad coalition that it will not tolerate the use of non-conventional weapons. The US policy of deterrence has kicked off with the strike in Syria. Now is the time for the US to insist that Iran ceases its terrorist activities.

If it doesn’t, there is nothing to stop such tragedies like the chemical weapons attack that killed dozens of civilians from happening again.