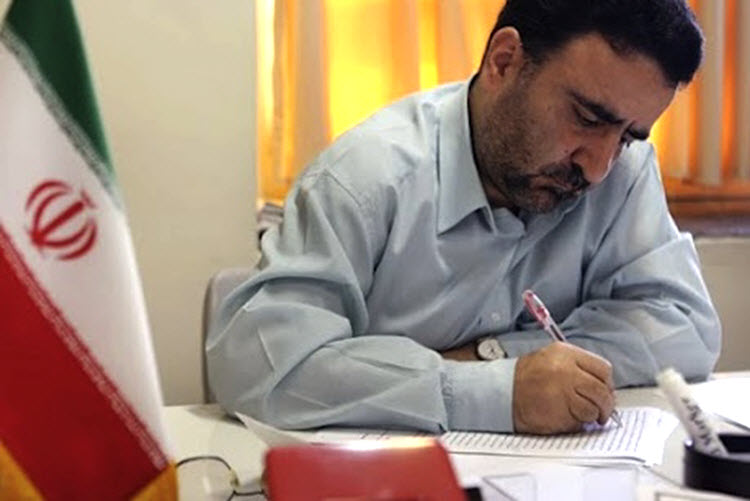 Reportedly, Tajzadeh acknowledged the failure of the regime with it’s involvement in the war in Syria.  He said, ”Iran’s regime with the help of Assad’s army intended to fight with other Syrian people and it was the beginning of a disaster.”

In an interview on October 29, 2016, with the weekly magazine, “Rooberoo” (printed in Tehran), he said that for many Arabs, Hassan Nasrallah (the leader of the terrorist group of Hezbollah) has become the leader of the Shiite minority sect that is fighting with a majority of Muslims.

Tajzadeh criticized the terrorist Qods Force of the Iranian Revolutionary Guards and said, “the Qods Force is pursuing a wrong policy. The government and the Ministry of Foreign Affairs must be aware of Iran’s meddle in Syria,” and added, “Iran’s regime adopts the reasoning that if we don’t fight in Aleppo and Damascus, we have to fight in the cities of Iran instead. There is actually racism behind this argument. We have sacrificed a lot of people in the name of defense and yet we have brought insecurity to Karbala, Najaf, Samarra and even the holy city of Mashhad. Therefore, we tried to give a revolutionary, national and Shiite image to a political and economic challenge.”

Tajzadeh talked about the Russia’s role in Syria and with the Iranian forces. He said that the Iranian regime “has actually become the facilitator and the infantry of Russia.”

He continues, “It was the first mistake of the Mullahs’ regime to recommend Assad to repress and ignore the demands of rebels instead of encouraging him to end the conflict, to solve the issues and to encourage the protesters for participating in the arena of politics and power.”

“The dominant form of protests was of people and it has the nature of freedom, justice, and participation,” Tajzadeh said. “The Baath regime of Assad was despotic and corrupt and it suppressed the people. The people also wanted freedom, democracy, social justice and the fight against corruption. The people who were impressed by the Arabic spring rallied in the streets but the regime suppressed them instead of considering their demands, rights, and interests.”

He says that the regime’s second mistake was “that it sent troops, advisors and fighters of Iraq, Lebanon, Afghanistan and Pakistan to Syria after the crisis arose; instead of finding a political and military solutions and putting them on the agenda.”

He concludes, “The regime has a lot of contradictions. It supported the protests against Gaddafi’s regime while it addressed the revolution of Syria as an intrigue.”