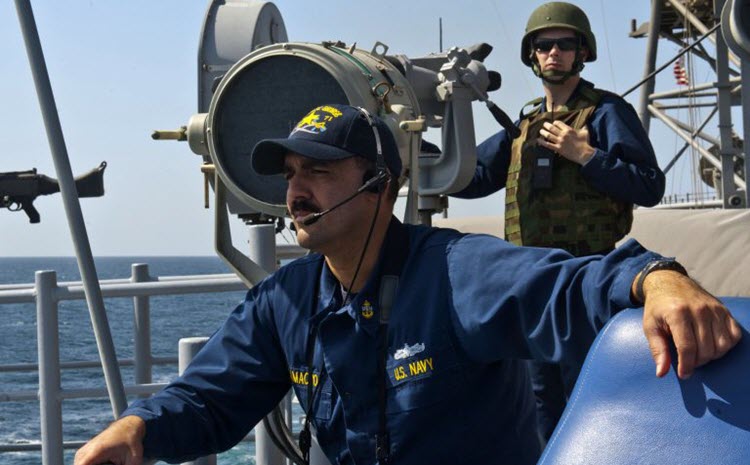 The Joint Comprehensive Plan of Action (JCPOA), otherwise known as the US-Iran Nuclear deal, has emboldened Iran to make attacks on the US Navy. Retired admirals urge the US to respond, or face the consequences of keeping silence.

The deal was signed in July last year, and just after Christmas an Iranian ship was reported as having fired several unguided rockets near USS Truman, an aircraft carrier that belonged to the US. Soon after that, Iran did a bold but dangerous move to capture two Navy riverine craft, belonging to the US. Iranian authorities held the ten US sailors as hostages, threatening them with weapons. These are just two separate occasions but there are much more to mention – since the US-Iran Nuclear deal came into effect, Iranian-led ships and other vessels have almost collided with US ships on almost 30 occasions, preventing the US Navy from entering and sailing in the international waters near the Persian Gulf and the Red Sea. For example, Houthi rebels in Yemen, backed by Iran, fired missiles at the USS Mason in the Red Sea.

The US have not responded to these threats, choosing to keep silent, despite the evident danger. But steps need to be taken to limit this behavior. But Kirkland Donald and John Bird, both belonging to theBoard of Advisors at the Jewish Institute for National Security of America (JINSA), argue that it’s time for the US to acknowledge these attacks and take steps to “allow the Navy to assert our right to go “where we please” within the boundaries of international laws and norms of behavior.”

In an article for Breaking Defense, Mr. Donald and Mr. Bird set out three tactical reasons to support their claim that the US should respond to the threats, posed by Iran, in the international waters.

Number one reason is the fact that tolerating unacceptable behavior with silence only emboldens the perpetrators to carry out more, weakening the defenses of the US sailors. “The more aggression we are willing to tolerate as part of a “new normal,” the more accepting we become of Iranian boats operating within hundreds of feet of our capital ships. The easier it becomes for Iran to cross from harassment to hostility, with disastrous consequences.”

The second reason for a need to respond to these threats is the fact that other countries who are not on such good terms with the US, may actually take an example from this and plan their own attack strategies. “The more aggressive we allow Iran to be, the more aggressive Russia, China, North Korea, and other would-be challengers of U.S. global preeminence will become. It is no coincidence that China is now trying to muscle U.S. ships out of the South China Sea by militarizing reefs and declaring a new zone of control.”

As the third reason for the US responding to Iran, the two members of the JINSA argued is the commitment of the US to safeguard the international waters and sea lanes, with Navy responsible for carrying out that mission. “We act as the “neighborhood beat cop” upholding law and order on the open seas because our economy depends upon the ability of goods – oil, food, cars, electronics – to be shipped freely and safely from one corner of the globe to another. But if our Navy’s heavily armed ships can no longer sail in international waters without being harassed, the impact on commercial shipping and, by extension, the global economy could be disastrous.”